My Little World of Dementia 2012 Year in Review

Another year has passed and My Little World of Dementia is still chugging along. 2012 is the fifth anniversary for the blog and we also broke the 50,000 page views ceiling. We also received two Liebster fan awards and picked up new followers to take the current total to 66. The blog is also starting to get a bit more exposure. It started 2012 with 2426 page views in the month of January and ended with December 2012 at 12 shy of 5000 views and is also the month with the most page views in the blogs history. Thanks to Chuckaroobob, we have been able to boost the number of posts from 84 in 2011 to 147 in 2012.

I had a good year of gaming, with Warhammer 40k being the most played game of the year. The most fun game was probably the last game of Warhammer Fantasy Battle Third Edition I played against Chuckaroobob and he won. 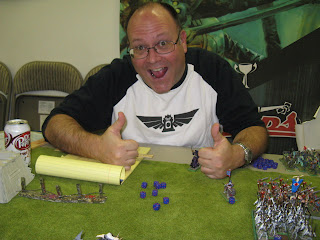 The first goal from last year was to play more games and thanks to the Warhammer 40k League at Gaming Underground I succeeded with flying colors. 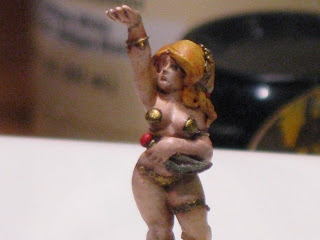 The last goal was to finish up some long wip painting projects and I think I did reasonably well. The best of which is this Celtos Danu Priestess that has been setting in a box half finished for years. The next project to benefit from the goal was my Vampire Counts army with a couple new units added and many wip models finished.

Now for the next year I think the same goals are in order, game more, finish painting more figure than last year and finish some more too long wip projects that have been building up for years.