SWMBO's church had a hot dog dinner and game night awhile back. The lad wanted to bring the X wing game so I went to run the game. 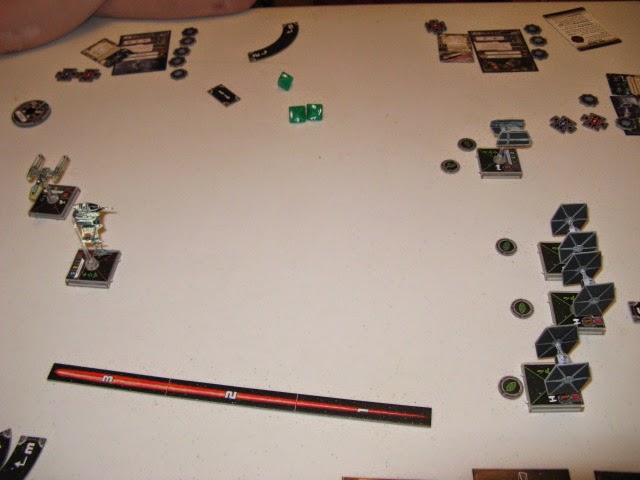 We ended up with the lad running the B wing and his cousin running the Y wing. I ran three ties with academy pilots and the lad's other cousin ran Darth Vader in  the Tie advanced. It was the first game for the lad's cousins but they picked up the mechanics quickly. 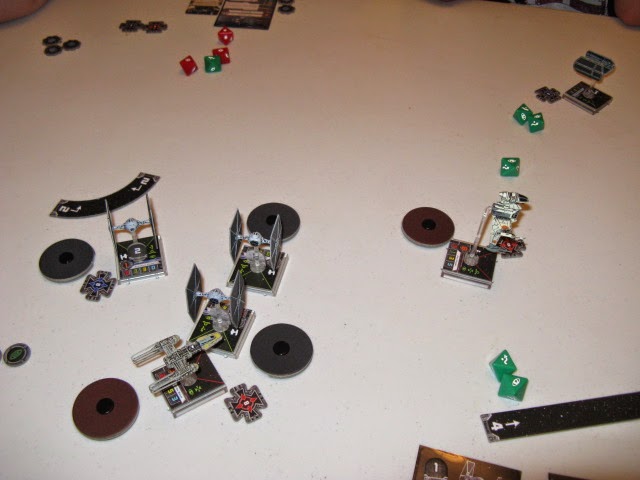 Later in the game with the Y wing in the cross hairs of the academy pilots. Vader is a bit out of place after a maneuver dial mistake but you win some and lose some. Vader would later fly off board but I let him make a different maneuver to stay in the game. One of the ties ended up destroyed and then we ended up calling the game because of short attention span of one cousin. The lad and I had fun and we may yet, get some more local players.

Posted by ColKillgore at 9:30 AM No comments:

Earlier in the month a group of the Basement of Heaped Miniature regulars made the trip to Atomic Empires in Durham for Cauldron 2014 with the Triangle Sim Society. I have a couple of posts about the day that I need to finish. While at the shop I took advantage and picked up some miniatures. 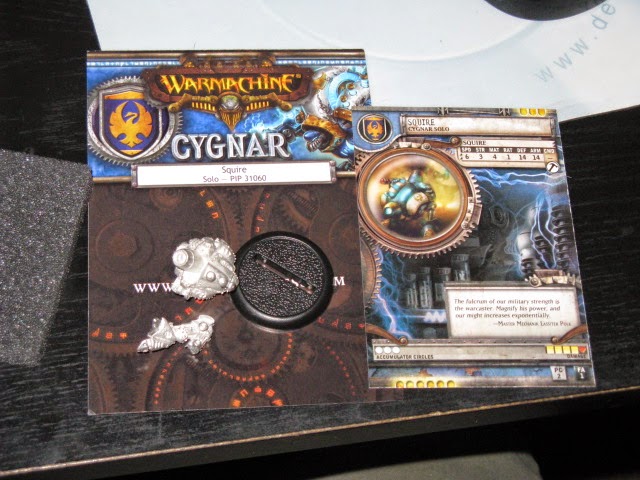 One was a Cygnar Squire model. I should have looked closer but when I opened it at home it was missing a leg. A call to Privateer Press' customer service and a short time later the leg arrived. I want to thank the fellows at Privateer press for a quick response and quicker service.