Hello
I finished up a Daemon Prince for my friend Tuna over the weekend. Here are a few pictures. 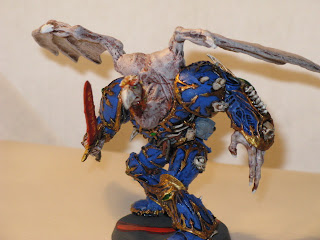 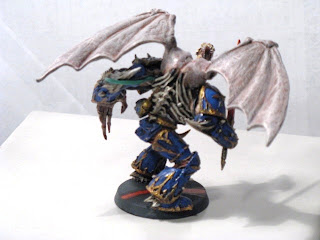 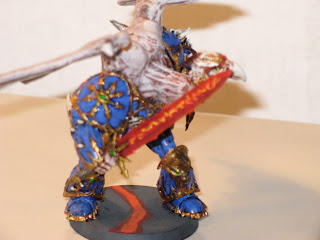 Tuna did all of the conversion work I just put the paint on it.

Posted by ColKillgore at 5:26 PM No comments:

I really dig apocalypse games. The two armies I have fielded for Apocalypse games are Eldar centered around my Phantom titan and Plague marines centered around my Plaguetowers, but I have been having the urge to field an Imperial army. Unfortunately I didn't have any superheavies to back some imperials up. That has changed. I picked up a forgeworld shadowsword and a box of imperial guard tanks. The shadowsword has seen some better days but with some repair work and a fresh paint job it will see the table again. 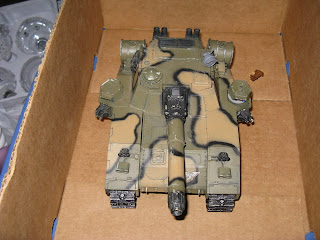 The Box o Tanks will let me field the Leman Russ company in apocalypse games. Several of them need repair work especially the basilisk. All need a new paint job but I am debating on whether to paint them to match my current Tanks or to paint them in another scheme. I want to put sponsons on several of the tanks but I am waiting for the new codex to come out before I add them on. 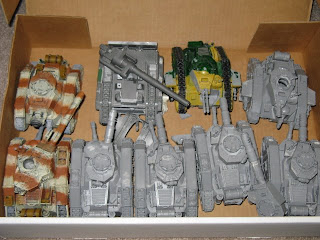 I am also contemplating building a hydra AA vehicle but again I am waiting for the codex. I am trying to finish off the models I am painting for other people and then I can start on some of my own projects.
Posted by ColKillgore at 11:48 AM 2 comments:

Fresh off the painting table

I have been behind on posting here but I have spent my time painting and getting some gaming in. Here is som picture of a soulgrinder and some flamers I have been painting for a friend of mine. 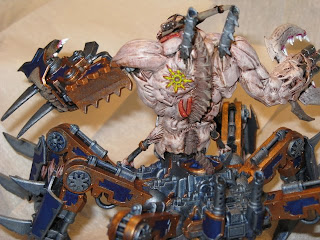 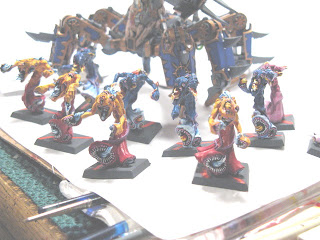 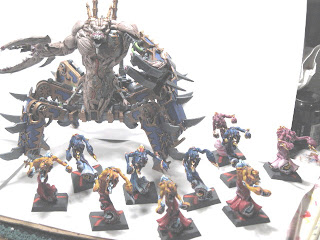 Posted by ColKillgore at 11:42 AM No comments: