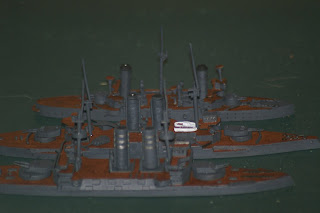 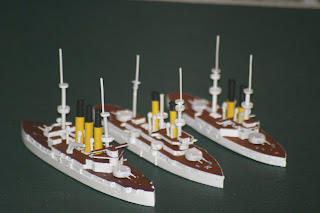 Hi Kids, Here's the first elements of my new fleets; the Russians are in white and the Japanese are in grey. All of them are from Merrimack Miniatures (avaliable from Oldglory25s.com), the biggest are about 7 inches long. Each one took about 3-4 hours to build and paint. Makes you wonder why I waited two years to build 'em! We should be taking them out for sea trials tomorrow! Assuming I will win (a rather unlikely assumption) I might go ahead and build the other couple dozen still in the planning stages.
Posted by Chuckaroobob at 2:34 PM 2 comments: 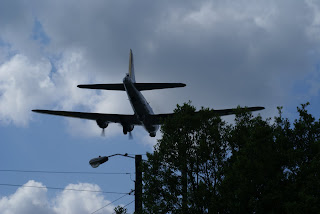 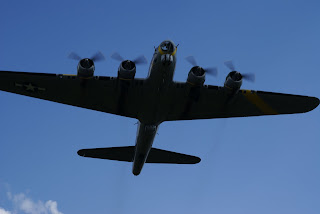 Hi Kids, Here's some snaps of the B-17 that came through town a couple weekends ago. Believe you me, the only reason I detected it was the house shaking from the vibs of those four motors! They were offering rides, $430 for 30 minutes. Next time I have some disposable cash you can count me in! Charles
Posted by Chuckaroobob at 12:27 AM No comments:

Here is a Wip picture of chuckaroobob's Minos freighter. I am building it for him to use in a proposed Gallipoli beach assualt game and for use in pulp games. I have the keel and more of the bulkheads assembled but no pictures currently. I am held up in the assembly process by all the metal I am cleaning up and then painting. Until I get them done I can't put the sides on because the bits have to be glued on before assembly. 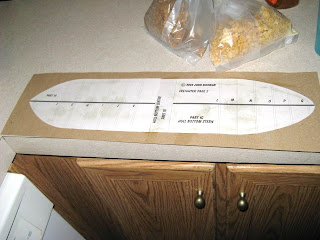 Posted by ColKillgore at 7:43 PM 4 comments:


I finished a batch of figures for my buddy Tuna, so he can update his Imperial Guard army and take advantage of the new rules in the current codex. First are some storm trooper special weapons to expand his options for special weapons. 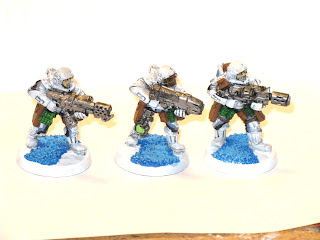 Here is a servitor model he plans to use as an advisor or inquisitor henchman. 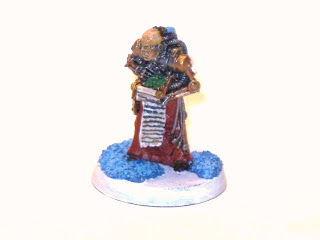 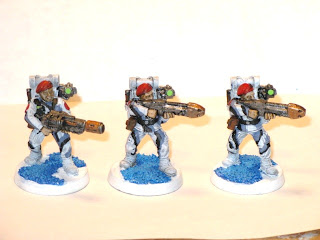 The troopers for the storm trooper unit. These are the oop plastic ones from back in the day. I believe he has a bunch more and he plans to use them as his veterans in his army. 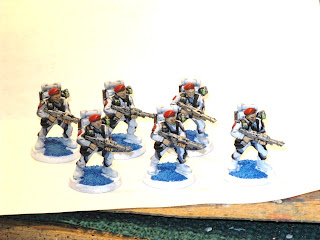 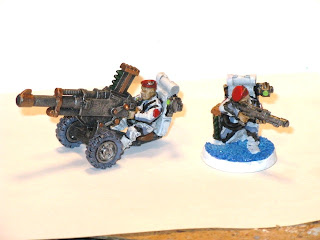 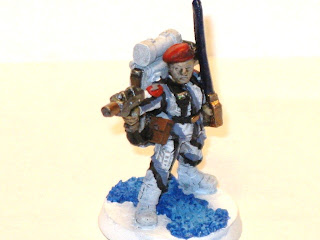 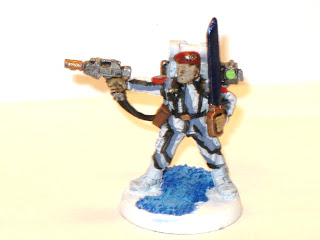 Master of the fleet from the new advisor set. 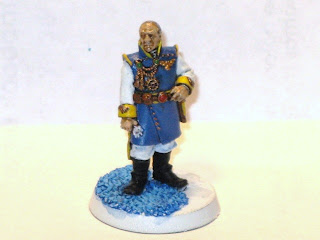 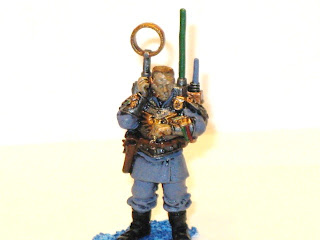 Sly Marbo proxy based on an old rogue trader guardsman, 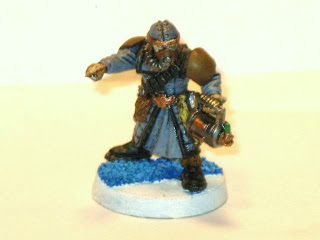 Two Astropaths. The first one is from the new advisor set and the second is an inquisitor henchman. 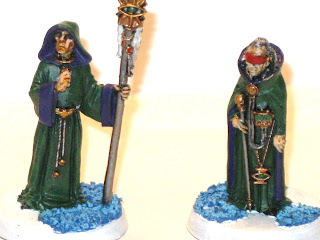 finally another Calidus assassin for his apocalypse games. 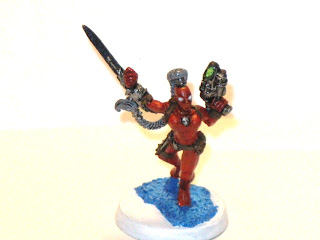 Posted by ColKillgore at 9:51 AM 2 comments: