Tanks. Books. And books about tanks.

Hi Kids,  I like tanks.  Not sure why. I also like airplanes, locomotives, cars, etc. And books.  I really like books far too much to be healthy.  If I ever move there are going to be double hernias all around!  I've never been in the army and never had to keep a tank operational.  I might not be as appreciative if I had. I have driven some armoured vehicles while on vaca in the UK, including the Chieftain.  For a couple years I was saving up for an armoured car or a Chieftain (IIRC US$17,000!!!) but the government made it illegal to import them. I think that law might have been changed again, but buying a motorcycle has taught me the zen of not owning everything I see.

A lot of these are coffee table books with huge pictures, but you gotta start somewhere.  I've had the bug bad enough that I've been to the War and Peace Show (Beltring) a couple times. I even helped a guy work on his ex-Yugoslav M36 while there. (I handed him a tool he asked for, my 20 seconds of hands on experience.) I've also been to Aberdeen, Bovington, Duxford, The Littlefield Collection, the Patton Museum, and some other museums out in California.  Still need to make it to Russia! 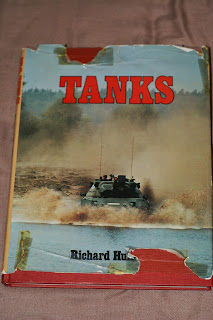 This is the first book I ever had about tanks. In fact, my favorite tank has always been the Chieftain, possibly because there's a two page spread of one with the turret rotated sideways and the gun sticking out a country mile. Just looks awesome!  Now that I think about it, a lot of these books have Chieftains on the cover.  Maybe because they were printed in the UK or the commonwealth. 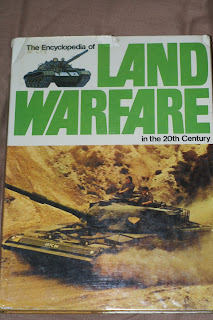 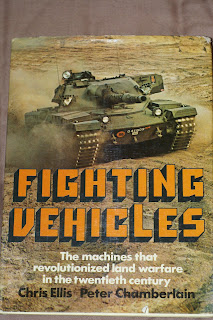 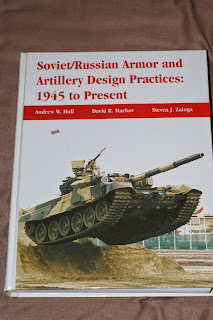 Got this one as a birthday present. It's amazing what Mom's will do to keep the kids happy!  It goes for about US$250+ on the internet now.  WOW! 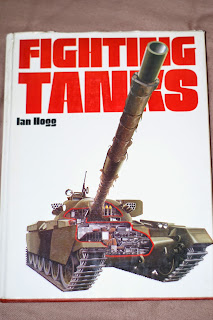 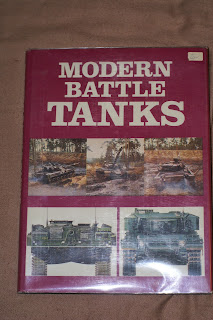 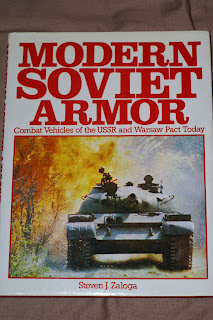 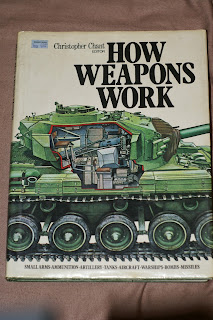 Still don't understand half of this one. 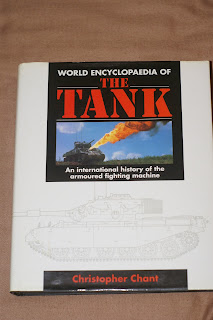 Picked up this one back in the mid-1990's.  It's the only one I have that describes all the weird one-off and pre-production weirdness (US T-6, T-20, VK3002MAN, etc etc) we now see on World of Tanks the computer game. 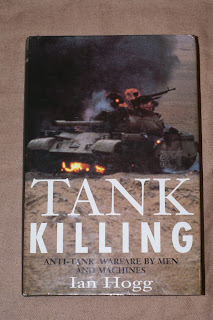 If there's one guy who can make a book about tanks hilarious, its Ian Hogg. I'd recommend everything he's written. 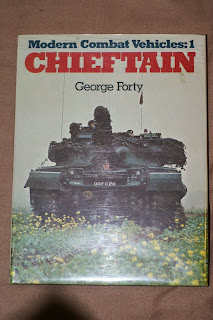 George Forty got a bunch of stuff out too.  Always worth picking up!
Posted by Chuckaroobob at 1:00 PM No comments:

Loosing sleep over which gun to mount on your PZ4? K&J Magnetics to the rescue!

Hi Kids,  Here's one of the tanks I've been pretending to work on lately.  I think I primered it about 2 years ago.  Yeah, I must be in a rush!  It's a 1:60 West Wind Panzer 4 which can be made as a F1, F2, or early G variant.  Naturally, the Chuckster can't be bothered to actually make a firm decision.  We play a lot of early war around here, so the stub barrel would be good.  But there's also that June 6th D-Day Gameapalooza coming up, (Disposable Heroes of course!) and those longer guns would no doubt come in handy when you're trying to stem the beachheads.  What to do, what to do.....??? 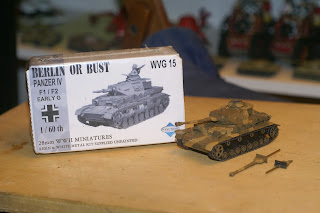 Here we have a work-in-progress shot of the partially painted tank with the three different guns from which to choose.  All metal all the time!  And if you're an Old Glory Army member this is ~US$20! 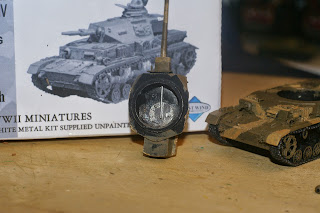 Order some magnets!  That's what you do! Partially submerged in a bath of glue is a K&J magnet towards the back of the hollow turret.  I drilled out the backs of the guns and glued in some piano wire, or any other wire that works with magnets.  At first I was afraid that the force would not be strong enough and the barrels would droop, but no fear there.  Even the long barrel has no problem. 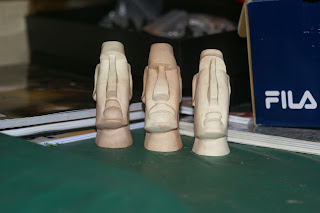 Meanwhile, the Basement has revealed some more items from a bygone era, some Easter Island head statues (called "Moi" I believe)!  I've been looking for these things for quite awhile, and am thrilled the terrain for KneeCap Island is at least getting closer to the workbench. Armorcast makes some great stuff!  I'm thinking about getting more of their craters, too.
Posted by Chuckaroobob at 7:41 PM No comments: