I made it out to the GameOnGw GamesDay at Gaming Underground last Saturday. My game against Chuckaroobob was delayed because of somebody being slack and not making it to the show on time.

But I digress, while waiting, I watched Chris from Sippin' On Paint water run his home grown Assault on Fulgar Orbital station game. The Sons of Medusa swept the station of the Chaos cultists in short order. 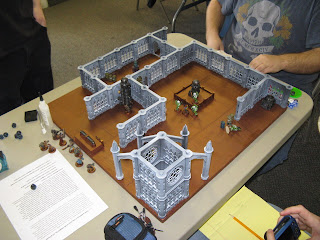 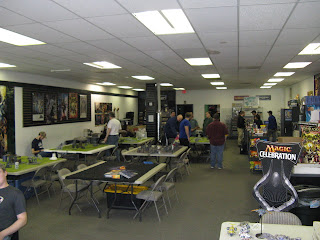 The GameOnGw crew setting up the Games Workshop Gamesday at Gaming Underground. 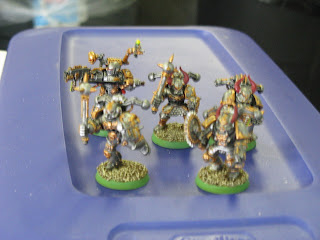 The Iron Warrior boarding party. The Warsmith in the back stood in as a champion with a bolter melta, one iron warrior had a bolter and the other three had bolt pistols. For the sake of game balance, only the Warsmith would get two close combat attacks, the other three would only get one close combat attack. The main objective is to destroy the power unit. The secondary objective is to destroy the elevator controls and last to kill as many of the cultists as possible. 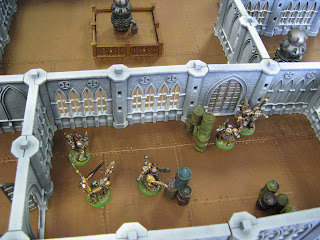 The Iron Warriors enter the station and spread out. Before they can open the interior door a cultist seals it. 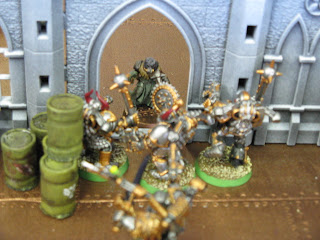 A handful of grenades destroys the door. Unfazed, the cultist charges in and kills one Iron warrior. First blood to the cultists. He doesn't live to relish the fact. 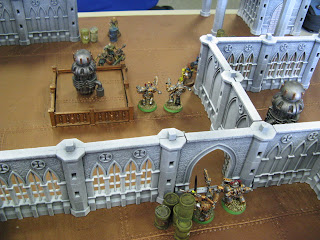 As the Warsmith and bolter armed Iron warrior provide covering fire, the other two Iron Warriors charge deeper into the station. 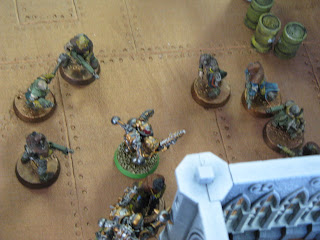 The buzzsaw armed Iron Warrior ends up in a ring of fire, taking eleven autogun shots and surviving. 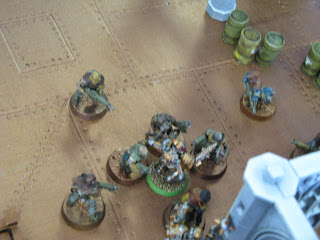 The three autopistol armed cultists charge in. The combat rages but the Warsmith and bolter armed Iron Warrior move up and kill several cultists. 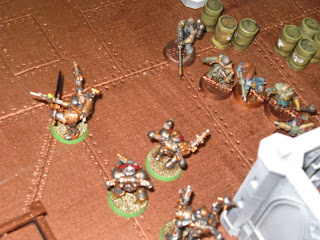 The gamemaster throws the cultists a bone and gives him a flamer armed cultist. Thanks to the combat three iron warriors are nice and grouped up. the Cultists lights all three up and does three wounds. 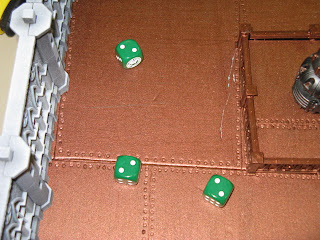 Then I fail all three armor saves. Bad day for the Iron Warriors. 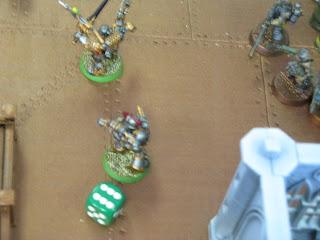 The Gamemaster tells me to make bionic rolls for them since they are Iron Warriors and one succeeds. The bolter armed Iron Warrior gets back up. 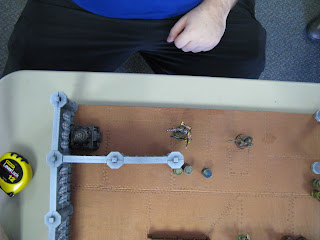 The Warsmith makes a run for the elevator controls and destroys it with his combi-melta. This means no more reinforcements for the cultists. 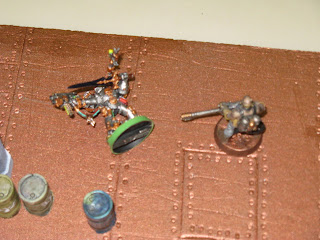 The Warsmith turns back and charges the flamer armed cultist. Snap fire does three hits, two wounds and he fails the armor save and the bionic roll. 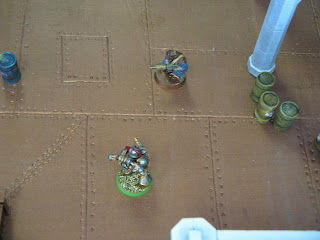 That left the lone Iron Warrior against three cultists, one armed with a flamer. Not making the Warsmith's mistake the last Iron Warrior shoots the Flamer armed cultist, who explodes! The explosion kills one of the other cultists, leaving it mano a mano, one Iron warrior and one cultist. 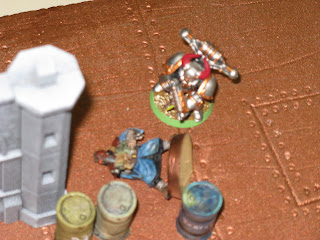 The last cultist heads for cover but isn't fast enough. The last Iron warrior guns him down in a hail of bolts.

I had a great time and want to thank Chris for putting on the game.

I had a lot of fun designing the scenario and I'm glad you enjoyed your playthrough. I feel like the main point of any narrative gaming experience should be to advance the story but having fun while doing it is just as important.

Been following the progress of this on SOPW, love the write up, looks like a really fun game.