Mi-24 T-shirt for the Chuckster 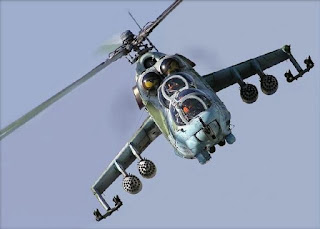 Hi Kids,  Now I don't want to shock anyone, but I dig t-shirts.  Maybe too much.  I started buying them as a kid while on vacation and now I just buy them all the freakin' time.  I've always been a firm believer that if my t-shirt is cooler than everyone else's than I must be cooler than everyone else.  Call me crazy.  I probably have 200-300 t-shirts by now, I gave away about 80 a couple years ago.  (Not as thin as I used to be....)  Anyway, one fine day I was crying my eyes out because I did not have a really cool Mi-24 t-shirt.  I was reading "The Chopper Boys" by A J Venter.  Or maybe it was "Gunship Ace."  At any rate, I decided this gaping whole in my apparel  must be eliminated.  I noticed an internet ad to design your own shirts, and low and behold $26.00 later this picture was emblazoned across the front pocket and back of a t-shirt!  WooooooHoooooooooo! Vistaprint.com is the man! I really like the beady little eyes painted on the engine intakes!  It's a Polish aircraft.  Now I am certain that I am cooler than everyone else.  At least when I'm wearing this shirt. 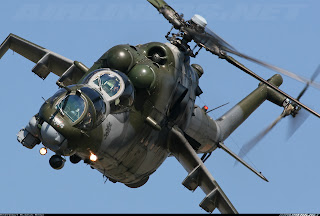 These are some of the pix which were possibilities.  It's not really that hard to find cool pictures on the internet. (Shocking, I know!!) A lot of these came from Airliners.net, an awesome site with zillions of aviation pix.  And you can search for just about anything, including airports and countries as well as specific aircraft. 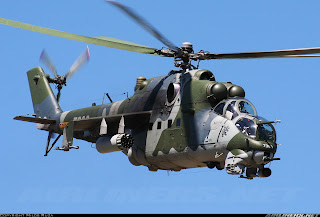 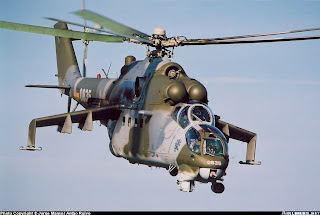 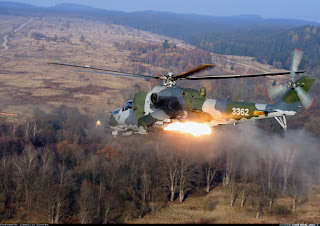 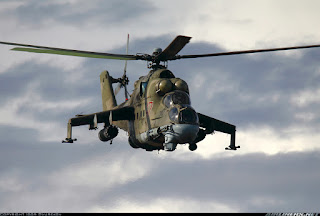 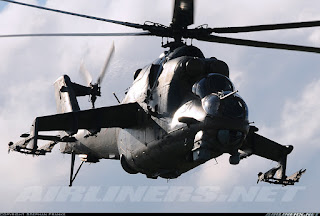 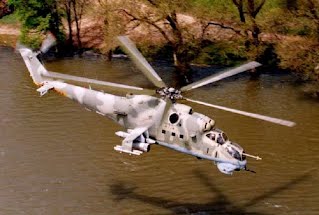 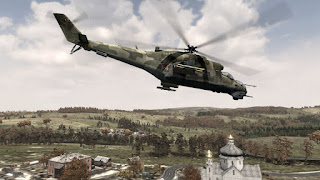 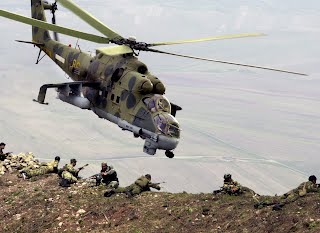 Really dug this one but it was too low res to blow up for a shirt.  Looks like a late model Mi-24 since it lacks the chin MG turret and has the side mounted guns. 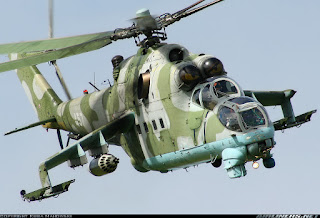 There are those beady little eyes again! 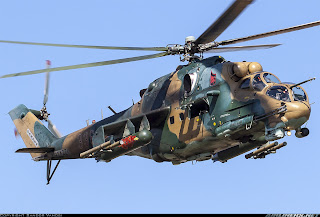 So if you're Jonesin' for your own unique shirt buzz on over to Airliners.net and check out all the cool action, then hit Vistaprint.com and bring your creation to life!  My favs are the ones from Kai-tak airport Hong Kong.  Talk about your 747's at low level!  Wow!  I flew in there once 20 years ago but I don't remember it being that exciting.  Maybe I should have had a better seat, I was stuck back in steerage.
Posted by Chuckaroobob at 8:00 PM