A group of  The Basement of Heaped Miniatures regulars carpooled down to Parker, Banner, Kent and Wayne to play some 1000 point Early War Flames of war games. We ended up with eight players eventually  but I only took pictures of six armies. 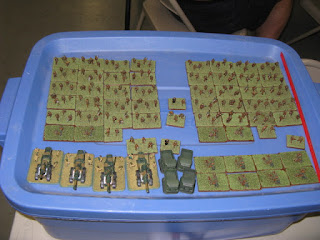 First is my Soviet Early War Strelkovy Batalon from the Poland Invaded pdf from Battlefront. I went with two Strelkovy comapnies. a machine gun company and an artillery company. 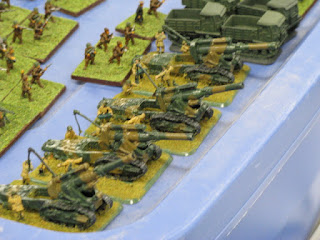 The guns I used were actually Soviet 1931 B-4 203mm howitzers from Chuckaroobob's collection. I used them as "counts as" 122mm howitzers. 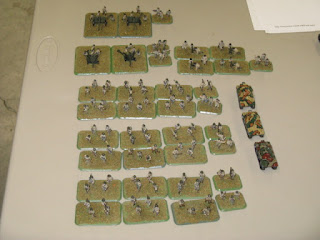 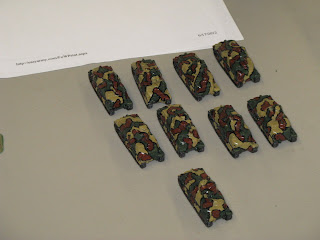 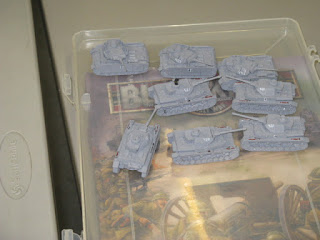 Darkrovar's German armor. I believe he had to proxy some of his long barrel MK IIIs for the early war short barreled ones. 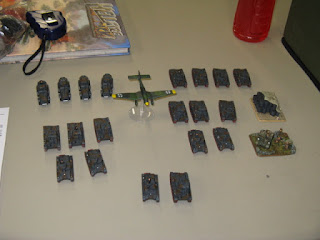 Brian's German Armor company. With a command Panzer I, four Sdkfs 231s, a stuka and a mess of Panzer I's and II's. 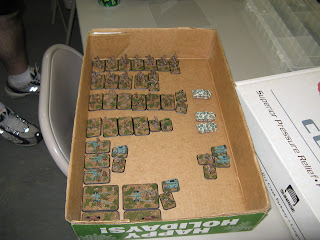