Once again my gaming buddies gathered at Casa De Killgore for some 45 Adventure two fisted pulp action. The situation is, On the outskirts of the Bagan temple complex in Burma a priceless cultural relic has been discovered. The archaeologist who discovered it contacted a friend in the East Transnestrian Border police to send a detachment to guard the discovery until a government official could come and take possession of the artifact. While the government organized a relief force for the East Transnestrian Border police one of the suppliers of the original expedition passed along information about the discovery to more nefarious parties. 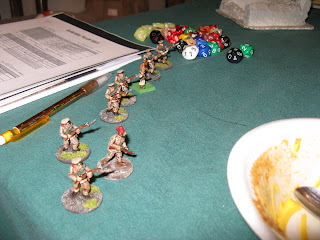 One recipient of the information was Yunnan Chinese Bandit Chief. He promptly dispatched his sub-chief Fashoud, his executioner Tran-do and a half dozen expendables to take the artifact and bring it back to Yunnan. 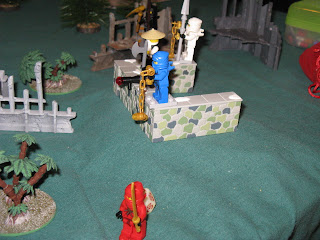 The Mysterious shadow guardians of the Temple. 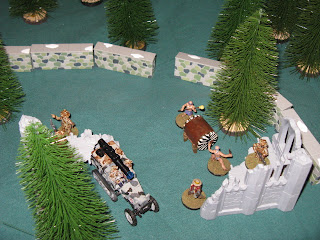 The East Transnestrian Border police guard the site while some native drummers wait to signal any intruders to the nearby villagers. 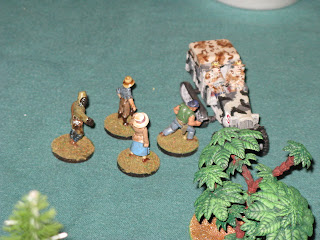 John Marco G-man, his servant Wai-long, the driver Gustav and cub reporter Ansleigh prophet mount up on their half track and head into the jungle toward the temple complex. 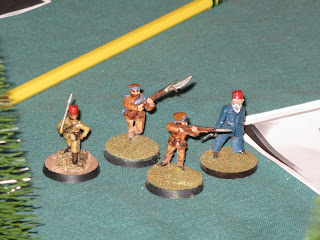 Industrialist Te'ador, his enforcer Montu and two Turkish anarchists trek through the jungle toward the temple. 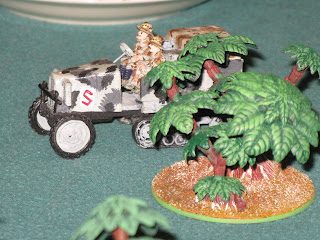 The government half track speeds through the jungle. 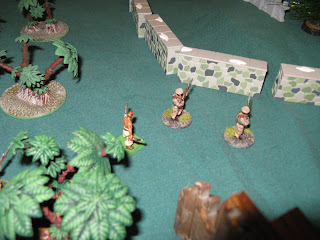 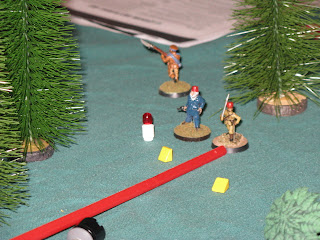 Montu fires his scoped rifle at the Border police taking cover in the temple. 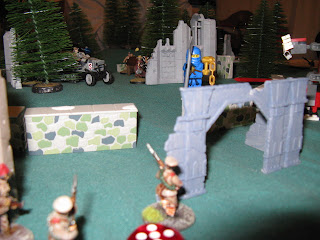 Fashoud stays in cover and orders two more bandits into the temple gate. 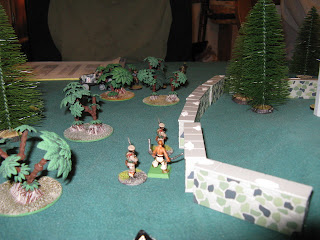 Tran-Do spots the government half track and order the bandits to head toward it. 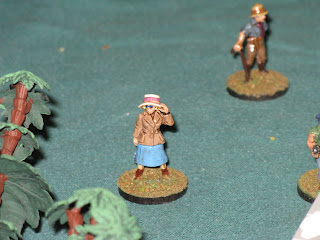 Hearing gunfire, G-man John Marco orders his people out of the half track. Cub reporter Ansleigh Prophet pulls out her Browning .32cal auto pistol and makes sure there is a bullet in the chamber. 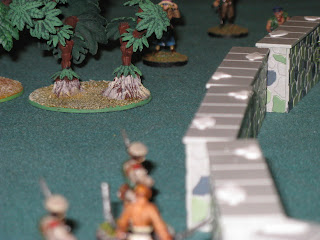 Tran-Do and the bandits see the white woman and dollar signs flash in their minds. The bandits move to capture Ansleigh and sell her on the black market. 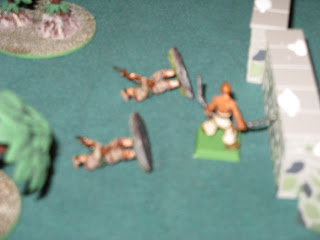 As the bandits run forward, Officers Booker and Friday fire their shotguns from inside the Temple. Both bandits are hit in the head, killing them instantly. Tran-Do ducks down behind the wall and wishes he had brought more bandits to catch bullets. 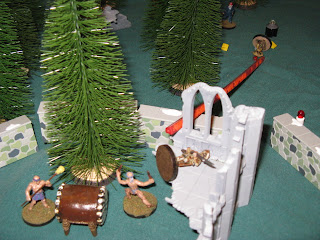 As the drummer pound on the drum to signal reinforcement from the locals, a prone Montu fires into the temple and hits Officer Kowalski in the head knocking him unconscious. 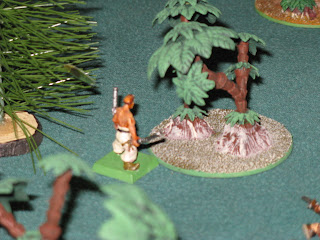 Tran-Do takes a bullet but dodges into the wood line. 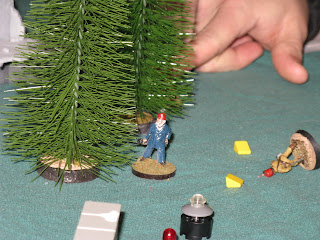 Te'ador spots for Montu's fire while the anarchists hide in the woods. 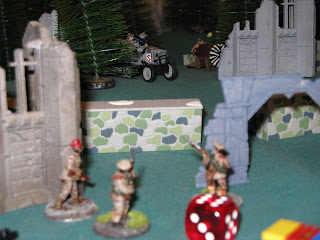 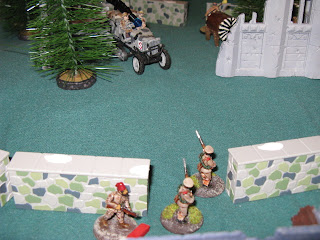 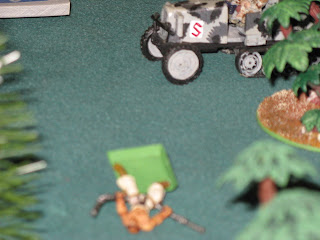 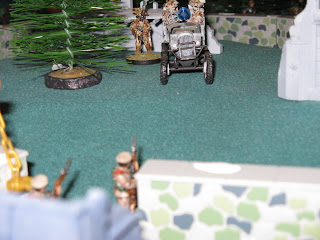 The two bandits fire on Officer Booker and wound him. 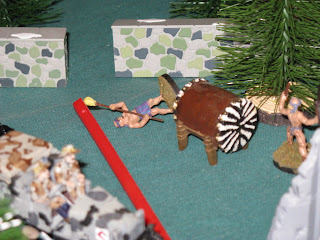 Fashoud wants to silence the alarm, so he fires his rifle, hits a drummer and knocks him unconscious. 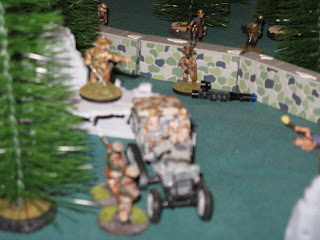 Officer Booker runs away from the bandits but Officer Friday comes over the top of the ruin.

The Bandits are in the perimeter but who will get the next shot?

Come back for the conclusion in Part two of Battle At Burma's Bagan Temple.


Some notes about the game

Posted by ColKillgore at 9:04 AM