The 28mm WWII Soviet project continues. Chuckaroo has picked up some Soviets from the Plastic Soldier Company and Wargames Factory. One thing they lack out of the box that the Boltaction Soviets have are anti-tank rifles. The Disposable heroes Soviet list allows up to three antitank rifle teams so I offered to trade some of my surplus anti tank rifle men for some regular rifleman from Chuckaroo. He agreed so I went ahead and built them. 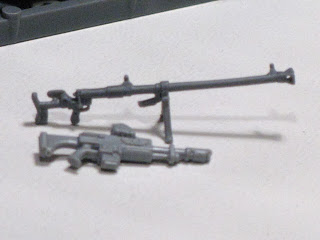 first a comparison picture of the PTRD12.7mm anti-tank rifle compared to an Imperial Guard Las-gun from Warhammer 40k. You can really see the difference in the regular scale and the 40k heroic scale. 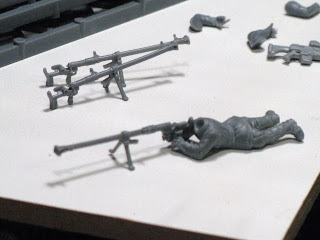 The first rifle man minus his head. 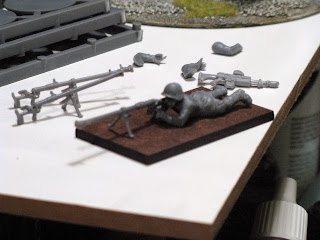 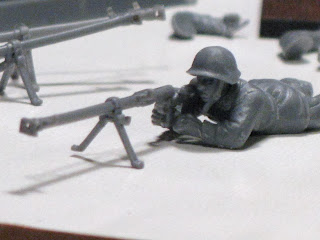 A close up of the rifle detail 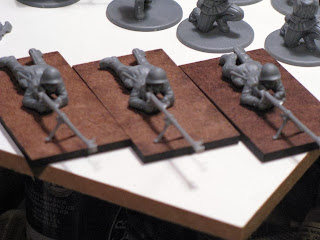 All three ready for the trade.

I still have four of the prone bodies and I plan to build three anti-tank rifles for my army and use to last one to build a sniper with a scoped Mosin Nagant.

They look good. All they need are some Pz. 38t's to shoot at.

Luckily Chuckaroobob has a couple 38t's stashed in the Basement of Heaped Miniatures.