Here are the first turns from the Charity Apocalypse game we played 19Nov11 at Heroes HQ.

The evil side would take the first turn. Most of the Good side players had reserved either their whole army or a good portion so it looked bad for us when the Evil side moved across the board at us. 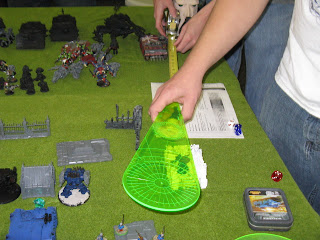 First Blood to the Plague tower. Using its Pus cannon to dissolve some marines. 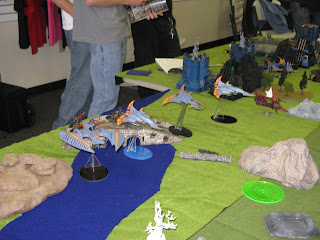 The dark Eldar flyers move up and launch their missile attacks. 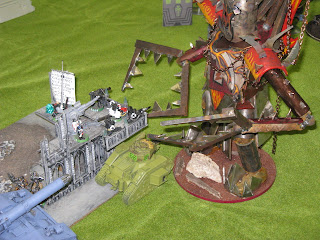 The Klaw stompa charges across the board and contacts the Exterminator. 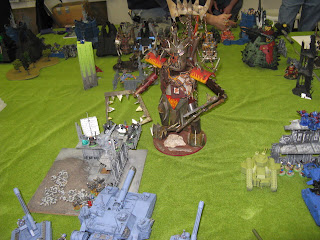 Which it promptly picks up and tosses at the colossus on the back board edge. 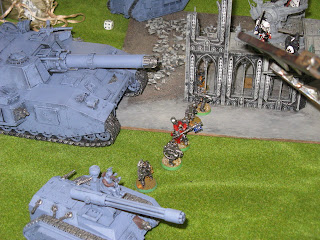 The Hydra and Techpriest move up to sacrifice themselves to protect the Shadowsword. 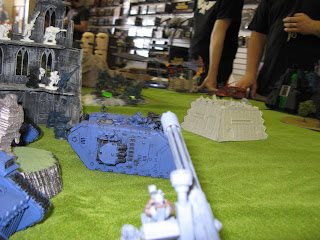 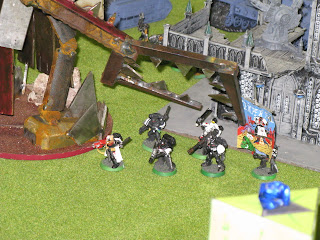 The Black Templar command squad sallys forth to charge the Klaw Stompa. 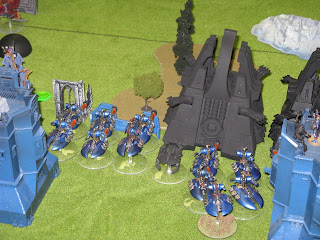 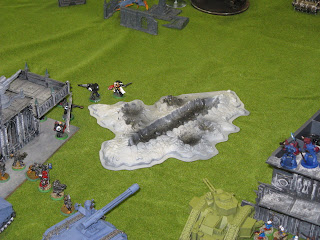 After a bad round of shooting for the Klaw stompa the Black Templars destroy it. 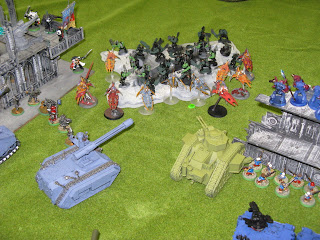 Evil turn two. Dark Eldar jetbikes turbo boost from a webway portal into the Imperial center. they fly over the Templars and kill several models. While the Ork boys psyche themselves up in the Klaw stompa's crater. 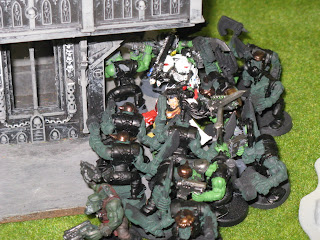 The Ork boys charge the surviving Black Templars. They take out many orks but are pulled down by the ork numbers. 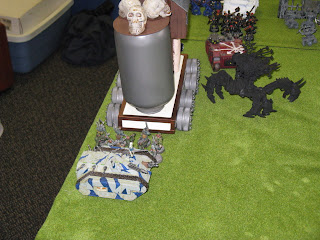 Good Side turn two. I outflank my vet squad in a chimera behind Dallas' Plague tower, while John brings on Harker's demolitions equipped vet squad. 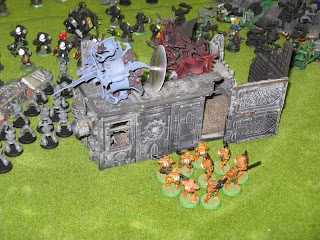 I drop my melta equipped Stromtrooper squad behind the Dark Eldar ravager. 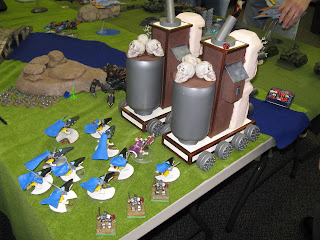 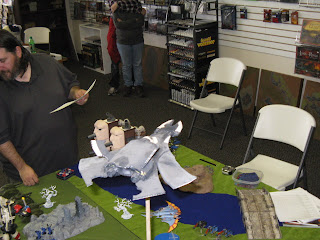 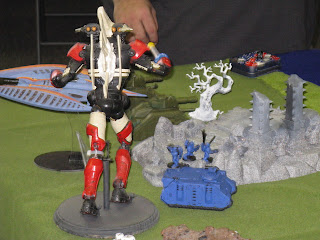 Johan's Revenant titan moves on to support the Imperial left. 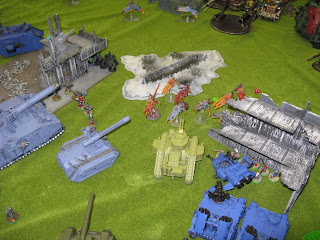 Just after this picture the Dark Eldar are hit by weaken resolve from John's Sanctioned Psyker squad dropping their leadership to two. Then after losing several models they fail their leadership test and fall back. 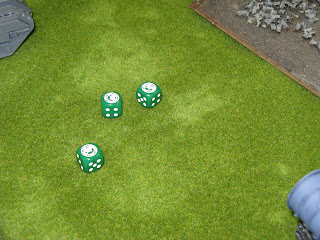 the Shadowsword opens up on the orks with a heavy bolter hits all three and bolos, no wounds on the orks. 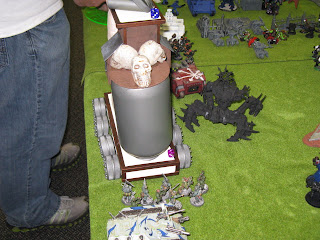 After melta guns and melta bombs Dallas' Plague tower is down four structure points and with a driver stunned. 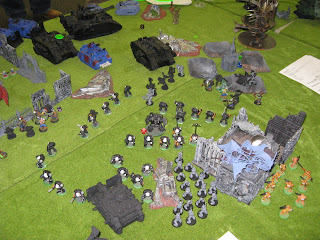 The Black Templar Deathknell forces spreads out from their landing point. 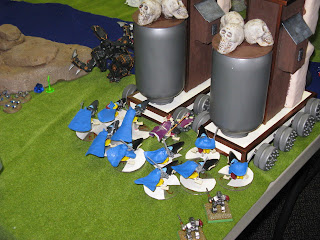 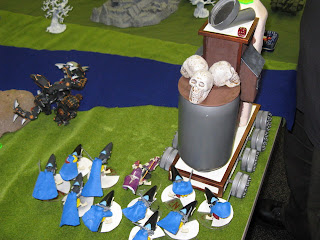 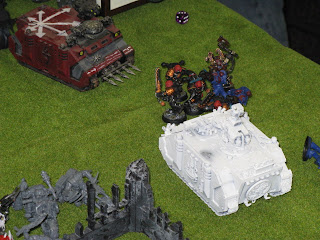 Allot has been destroyed on both side but the battle still rages.

Come back tomorrow for the next installment.