On 19Nov11 I went over to Heroes Headquarters to play in a Charity Apocalypse game. each player had to bring at least ten can goods as the entry fee with the person bringing the most winning a prize. We gathered over two hundred and fifty cans and raised over fifty dollars selling pizza for a dollar a slice to the gamers. We had twelve players each with three thousand points, for a total of thirty six thousand points.

We broke down into Good and Evil sides the player and their forces were,

Now a few shots of the starting forces and their Deployment. 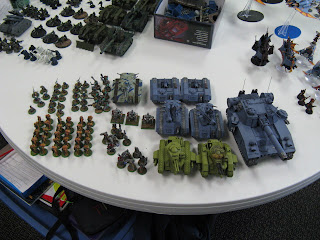 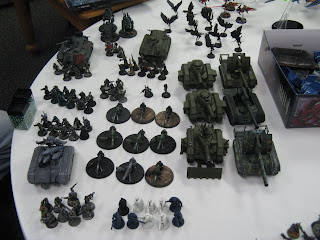 John's Imperial Guard, note the Harkers vet squad and the sanctioned psyker squad both would prove very useful later in the game. 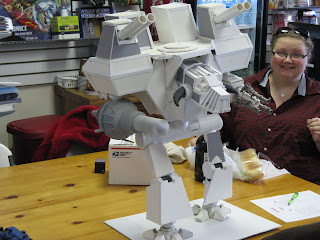 Johan's Warlord Titan which would sadly not see the table. 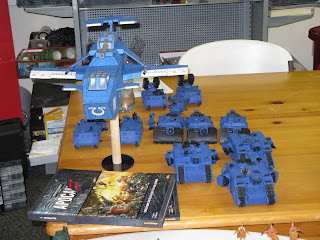 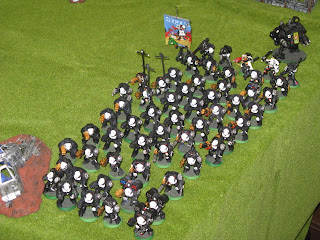 Jerry's Black Templars, half of which are in a Deathknell Assault force formation. 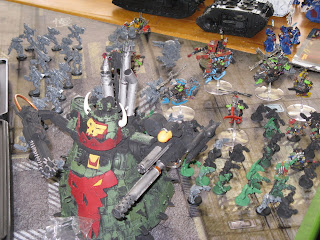 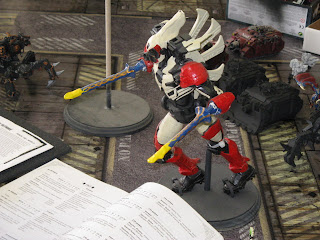 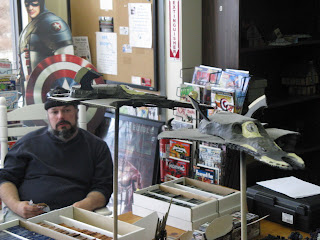 Johan's Eldar flyers, With Ork John, contemplating the doom of his enemies in the background. 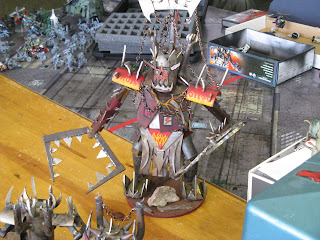 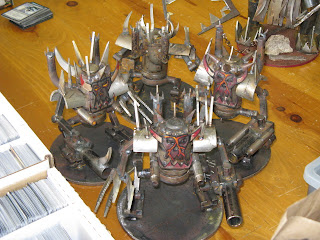 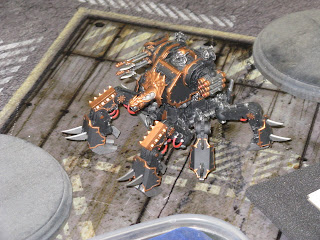 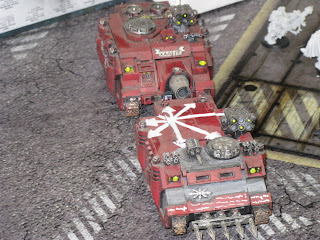 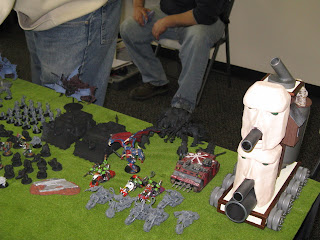 The right flank of the evil deployment zone. That is one of my Plaguetowers. I brought all three and loaned them out to the Chaos player for the game. This one was controlled by Dallas. James' Ork nob bikers lead the way to the enemy. 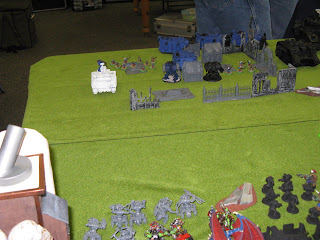 The Imperial forces facing them. Never fear the Ratling legion was stiffening the line. 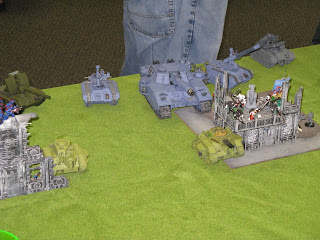 I deployed the Shadowsword in the center of the table with the two Hydras providing AA cover. Jerrys Black Templar command squad holds down the center objective. 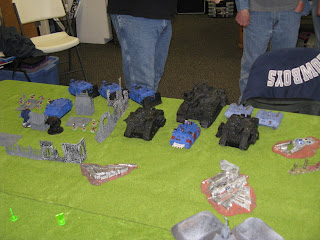 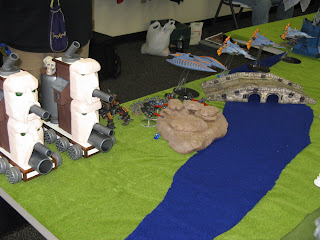 The Evil Left Flank. Here are the other two Plague towers ran by Shaun and some of Greg's Necron backing them up. 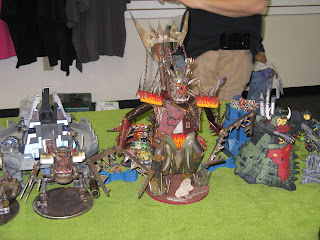 The Evil Center. Both Stompas are eyeballing the Shadowsword directly across from them as Evil takes the first turn.