This is the final episode of a VSF Sword and the Flame game played on 4 June at Heroes Headquarters in Mocksville North Carolina by some of the Basement of Heaped miniatures and Catawba Gamer regulars.

When we left the French were advancing on the Hill Village but on the other flank, 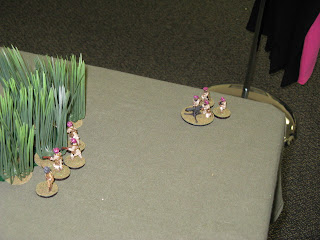 The Sikh machine gun has fell back to the edge of the engagement before rallying. 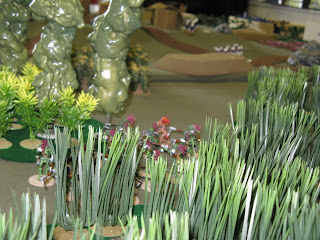 The parrotmen still using the swamp for cover advance to try and finish off the Sikhs. 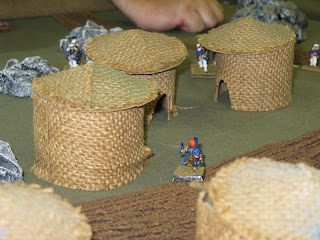 The Legionaries enter the village and the Skink Chief is not fleeing, he is looking for reinforcements. 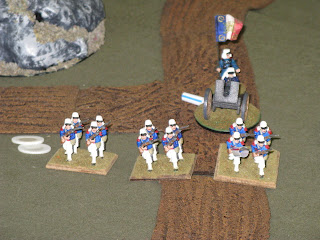 The other surviving unit of Legionaries advance with the last machine gun. 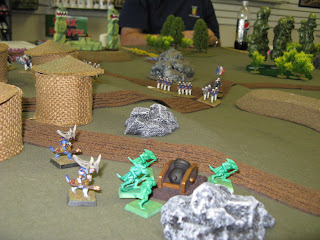 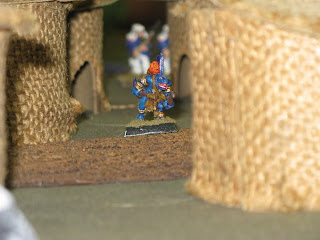 The Skink Cheif continues to run as the Legionaries close. 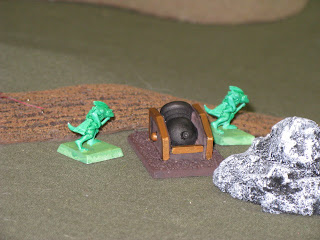 The shamans are killed by machine gun fire and last Bombard is reduced to half crew. 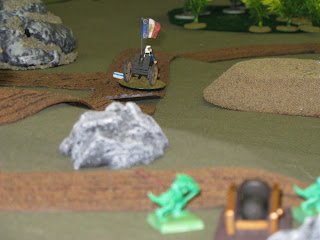 The artillery duel. Both have range and rush to get their gun into action first. 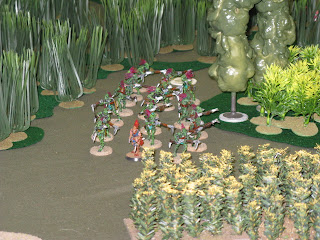 The Parrotmen abandon chasing the Sikhs and run back to defend the village. 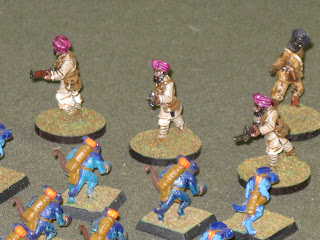 The surviving Sikhs charge the Skink regiment to protect the machine gun. The Sikhs lose their lives but their courage will be remembered forever. 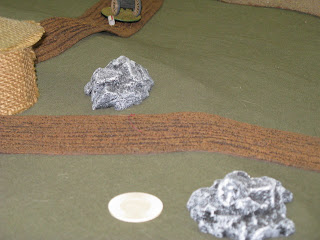 The last bombard loses the artillery duel. The Lizard guns are done for. 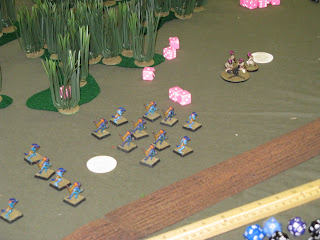 The Skinks run into the Sikh machine gun fire. 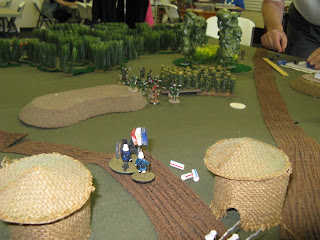 The French machine gun sets up to mow down the Parrotmen as they swarm back to the village. 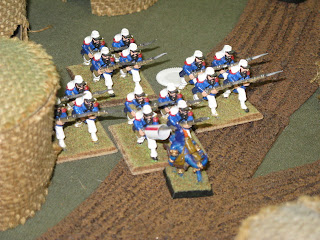 The Skink Chief decides to stand and fight after the French charge, His commanding presence cause them to fail to close. 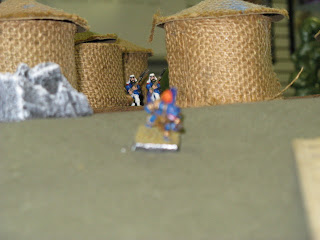 Deciding that the French are not worthy enough an enemy to soil his blade, The Skink Chief goes to find one that is, while the french bullets zip all around him. 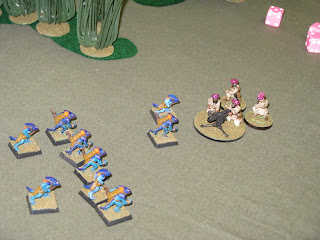 Not waiting for their stragglers the Skinks charge the Sikh machine gun. After more stragglers only two make it into contact and the Sikhs win, the surviving Skinks flee the battlefield. 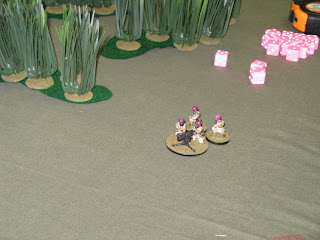 This clears the flank and the Sikh start to advance. 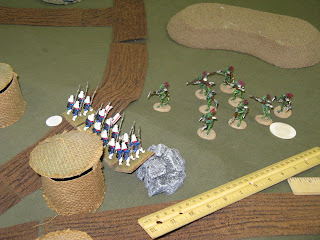 The Last french machine gun destroyed the Legionaries form line at the top of the hill and volley fire into the Parrotmen. 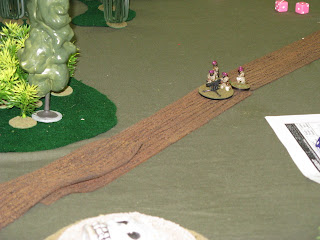 Unopposed the Sikhs run down the road to help support the Legionaries. 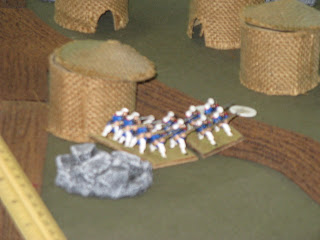 The legionaries fire tells and the Parrotmen break and flee the field.

The French hold the field but I wouldn't call it a victory. The expedition is destroyed and they still have to make it back to more secure territory. While all the lizards have left the field a great many survived and once they regroup it will be a very dangerous return journey back for the French.

It was a helluva game. We almost decided to stop a couple times and just call the game but I am glad we played it down to the dirty end. The Mvp of the game for me was the Bombards. It also helped that my dice were so hot they were on fire! Several times in the game when I needed a 3 or 4 or less to hit on a d2o I rolled six hits on eight dice. While Chuckaroo on the other had needed a seven or less on a d20 rolled fifteen dice and only hit with two. My most memorable close combat was against Joe' Sikhs when he rolled a sting of ones only to be best my me rolling two's. Some would argue that I lost the game but I counter with I don't think the French really won it either.

I can't wait for the rematch.

All those FFL lads are scattered through the jungle moping up the few pitiful liz survivors. I'm sure we won't have any trouble returning to the base once we reform here at the CAPTURED enemy firebase. nyuknyuknyuk....

I believe that I hear the Jungle Drums calling for reinforcements as we speak. I don't think the FFL are going to set around some burnt out mud huts running low on supplies and watching their wounded die for long. If they do decide to hold out the Lizards are still waiting for the doomed relief column to try and get through. We will see.