Hi Kids, I had originally planned to go to Cold Wars but the weather decided otherwise.  My route was through the hills of western Virginia and the roads seemed dodgey at best.  So it was off the Raleigh NC for the Triangle Simulation Society's con instead! Usually they don't conflict, but apparently the hotel had other ideas this year.  Bummer, I know! 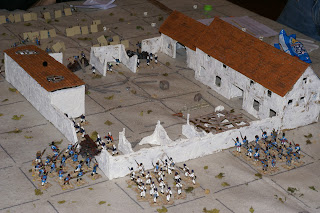 Here we have a shot of the world famous battle of Camerone, Mexico, 1863.  Those are the 63 French Foreign Legionairres taking on one of the massive waves of 2000 Mexicans during Maximillian's brief reign.  All those tan squares in the background are dead Mexicans!  It was a great game of sniping and assault waves, but unfortunately the Mexicans won.  Don't forget this year is the 150 anniversary of the battle on April 30th! 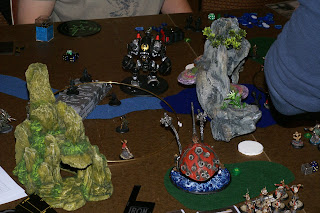 There were two tournaments going on, Warmachine and 40K.  This is one of the Warmachine games.  About 40% of the armies had a "Colossal", the latest bigger-better jack.  Standing about 6 inches tall, they make an impressive addition to combat power!  At US$135.00, they make a pretty big impression on the economy too. 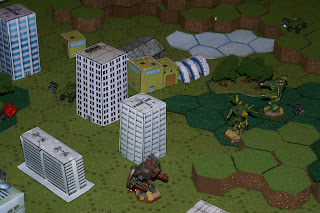 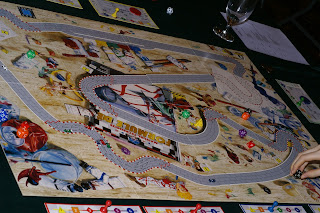 Brace yourselves, its Team Ellis running another rigged racing game!  These things are tremendous fun, just remember they are about as staged as wrestling.  Try to look surprised when Team Ellis members finish 1, 2 and 3.  Good thing we're not in Vegas! 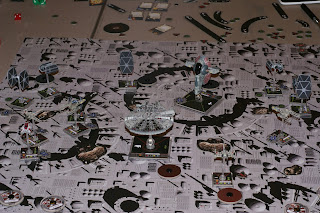 The latest hot flash in gaming, X-wing!  I ended up with a new M Falcon myself.  Too cool to resist. 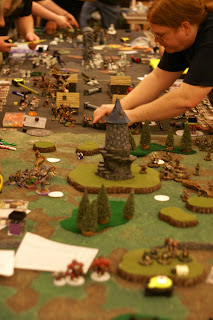 A long shot down one of the rows are Warmachine games.  There were two rows total, about 5 games per row. 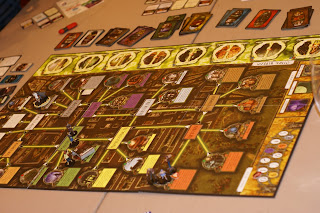 Could it be Arkham Horror? 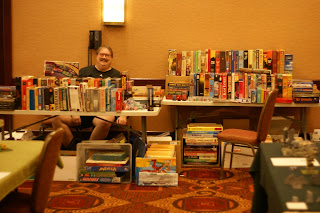 One of the friendly vendors, Yadkin Valley Games. Specilizing in cardboard AH/SPI/GDW style games, look for them on Consimworld, ebay, etc. 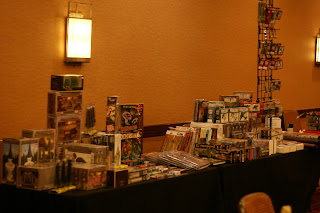 Hanger 18, one of the local Cary NC shops. 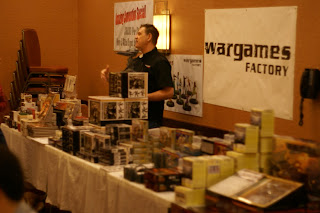 Wargames Factory was offering good deals, too, including the new Leviathan from Dreamforge. 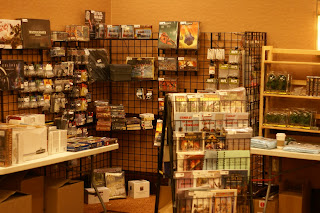 The Game Connection, another local store. 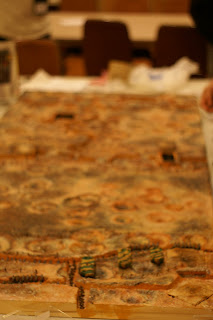 Here we have a 15mm WW1 game called "Trenchfight."  Some french tanks prepare to cross the friendly trenches. Crossing 6 feet of trenches isn't going to be easy! 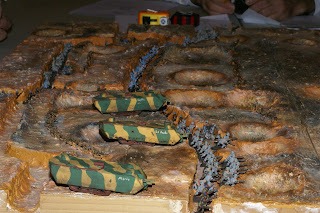 French infantry in their starting positions. 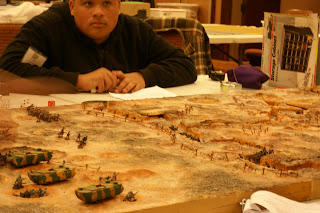 Smile for the camera ya Boche! 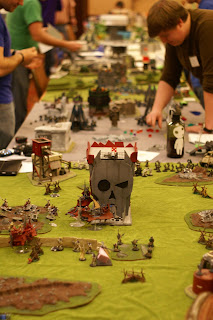 One of the table rows of 40K, they had about 20 guys show up to beat each other up for the tournament. 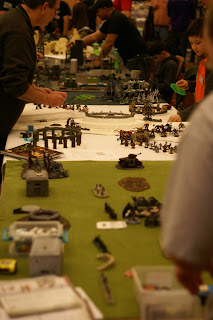 The other row of games. 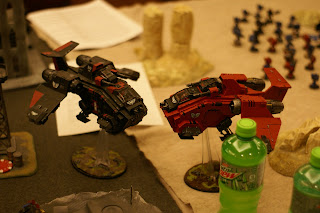 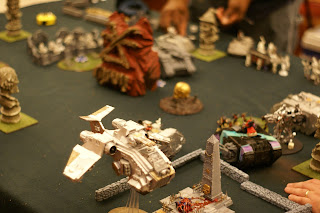 More of the Emporer's finest holding back the foul spawn of Chaos. 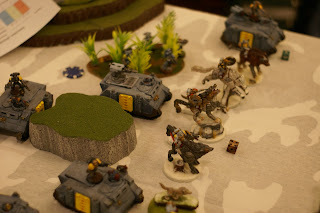 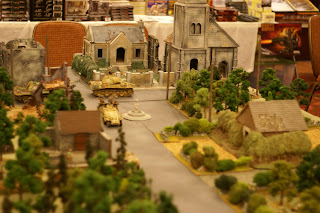 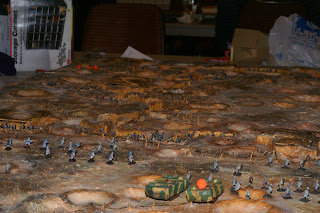 The French infantry about to jump into the Hun trenches.  Any port in a storm, as they say! 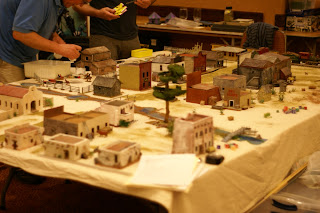 Out west, cowboy action about to start. 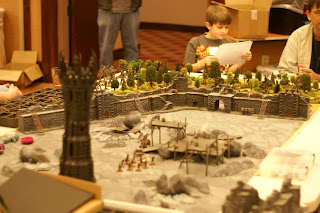 Lord of the Rings, a big honkin' game of Isengard.  The good guys about to storm the walls! 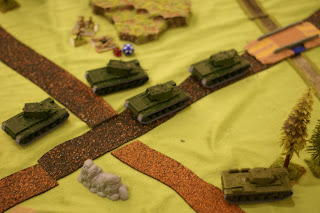 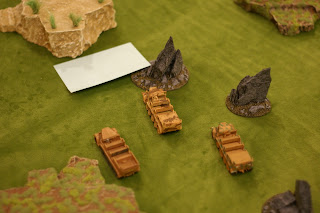 German halftracks prepare to be assaulted. 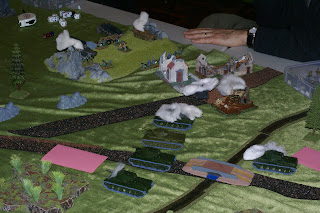 Infantry join in the mayhem!

Well kids that's about it for this installment.  I've been told posts with 50 pictures take too long to load, so I'll have to add the rest in another post.  I highly recommend the Raleigh NC cons, the next one is Southern Front, usually in Sept or October.  I might even get off my butt and run a game myself.  I'm thinking the world famous much beloved Operation Barras 25mm game!
Posted by Chuckaroobob at 10:03 AM

Why was it unfortunate the Mexicans won?

Because I was playing on the French side.