March Happenings (Or lack of same) 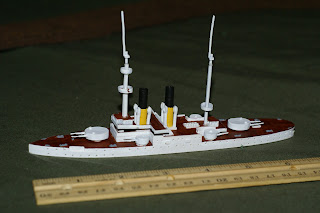 Hi Kids,  Now I know there's a bucket o' dudes out there wondering, "What has the Chuckster been up to lately?"  (Well, maybe one of you.)  What's happening?  S'up?  What strange goings-on while in the dreaded Basement?  The answer to all these questions in basically: "Not much."  Here's the newest arrival of the Russian 1904 Fleet, the Rostislav!  She's a 1/600 Old Glory Shipyard/Merrimack Miniatures from their "Age of Ironclads" line.  Yes, you too for the low low price of US$20.00 each can buy just about the entire Russian, Japanese, US, and Spanish fleets from this era.  I really dig these things, I got the bug for Big Naval back at Origins 1989 where I saw Tsushina done with ships about this size.  Dude, if you're reading this, a hearty Well Done! Right now the count is 7 finished, 30 more to go!  Don't worry, I've already started another battlewagon, the Potemkin. 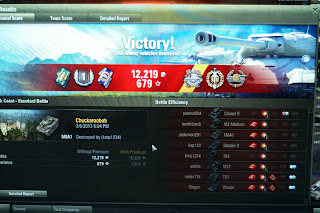 Been playing some World of Tanks on the web, too.  Just bought an M8A1 Tank Destroyer and had an amazing game!  Yeah buddy, that's six (6!) count 'em, SIX medals won in a single game.  Now I can get back to the more usual work of getting crushed! 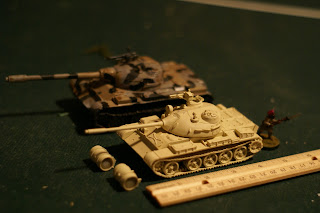 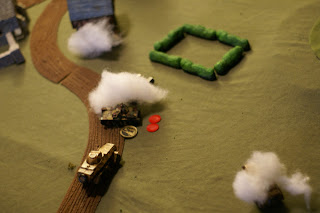 The final moments of a Disposable Heroes all armor game.  My last remaining R35 was surrounded by 4 Huns; two Sdkfz 231 and two Pz38T's; but emerged triumphant!  Due mainly to lousy German dice rolls and the Sdkfz's 20mm gun only able to penetrate the tracks of the R35.  I know my victory has nothing to do with my skill! 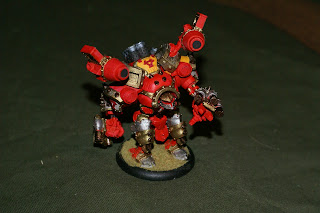 A Privateer Press Khador Behemoth!  Painted at last!  It's been aging on the shelf for 5 or 6 years, figured it was time to get it done.  Yep, those mammoth cannons on the shoulders are not supposed to be that big, but the parts were missing.  Replacements would have been $18 so I went the cheap route and used some extra bits instead.  Yes, I know the fistguards are on backwards, but the instructions were missing as well.  This thing set the record for pinning; there are no less than 11 pins in the hip joints, not to mention a quart of glue and epoxy! Most of them are external, so I'm not going to show you the back. My hat is off to anyone who builds these damn things!  Wow, what a pain! 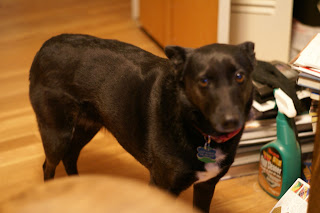 This is my dog Zeze, a rescue dog from Albania. Yes, I'm serious.  No, I don't beat her, she just doesn't dig having her picture taken. 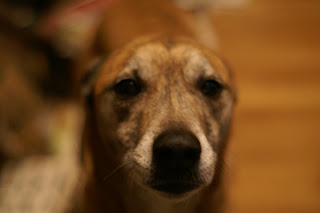 This is a close-up of my other dog Molly, who likes having her picture taken so much she gets too close to the camera.  She was a local rescue.  No, I don't beat her either. But thanks for asking.

And due to the snow storm between here and Lancaster, I'm going to miss Cold Wars! 400+ miles (each way) on questionable roads just ain't in the cards.  What a bummer!  I can hear the vendors screaming already! Good thing I can still order more stuff on the internet.
Posted by Chuckaroobob at 7:06 PM

Sorry to hear about canceling the Cold Wars trip. Are you going to make Spring fever instead?

Just got back from Spring Fever, so we'll be having a SF AAR instead of CW. Saved a lot of cash too!