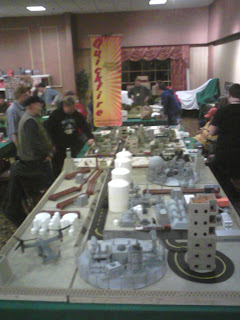 Hi Kids, Just got back from the Williamsburg Muster, a con held in Virginia just 45 minutes southeast of Richmond.  It's a great bunch of lads putting the lead out!  There are apparently quite a few gamers lurking around the area; Old Dominion group, battle barns, etcetc....  They also have a surprising number of vendors; Miniatures of the Chesapeake, Age of Glory, Falcon USA, Flag Dude, Wargames Factory; maybe because it's so close to DC....  They also have a summer con called Guns of August.
At any rate, I once again forgot my camera and had to make do with my cell phone.  Not sure if these shots will look decent, but ya pays yer nickel and ya takes yer chances.  The first shot is a battlefield for 25mm moderns, a new rules set named Quickfire.  These guys put on modern games with reckless abandon!  You can expect at least two or three games every con. 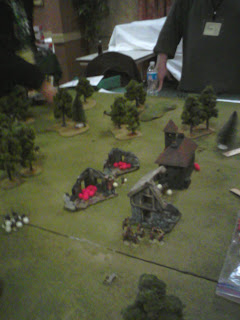 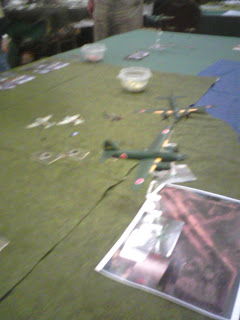 The skies over the south Pacific darken with Bettys on a bombing raid.  There are two P40's hasselin' the bombers! 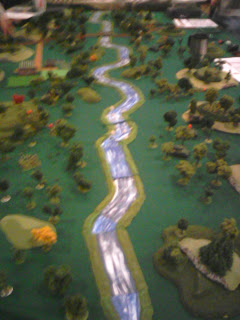 Pretty sure this was WW2, but you never know... 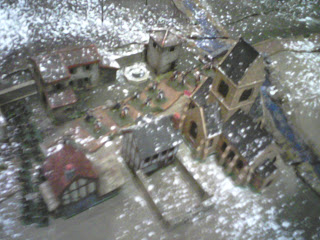 15mm Nappies in the snow.  Later this board would be used for WW2 Eastern Front action. 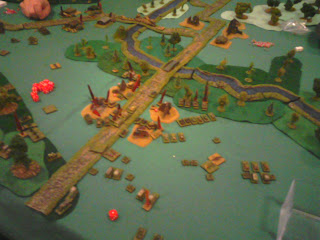 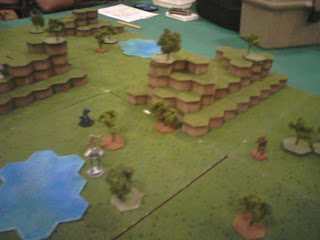 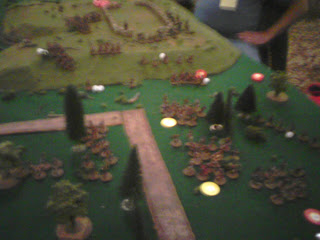 Here's a shot of Iron Ivan's "This Very Ground."  F&IW was popular at the show, which also had some "Muskets and Tomahawks" run a couple times throughout the con, including the masacre from the movie "Last of the Mohicans." 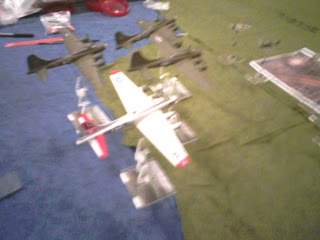 It's the Americans' turn over New Guinea, a flight of 4 B-17's show the Japanese what real bombers can do. 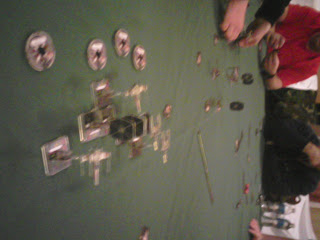 X-wing is taking over mini gaming by storm!  There were games of this popping up on any vacant table. 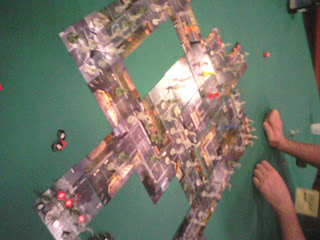 Zombies!  Get to da choppa! 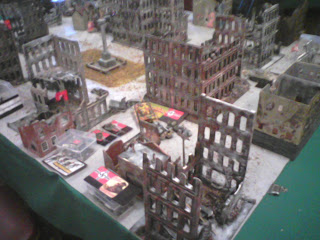 25mm WW2 action is the wasteland of downtown.  There were quite a few Russians queing up outside the edge of town, no doubt waiting for the stores to open. 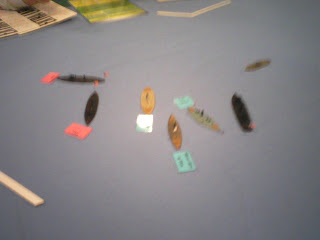 Civil War Ironclads, this was about 1/3 of the ships engaged spread all over the place. 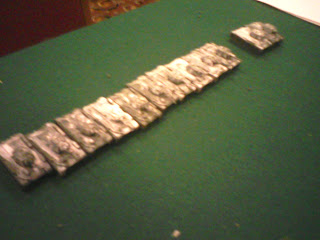 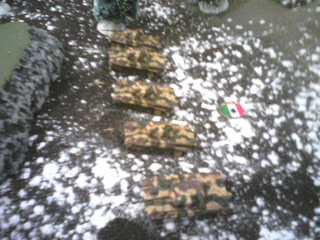 Panzers in the snow.  Not your usual Panthers! 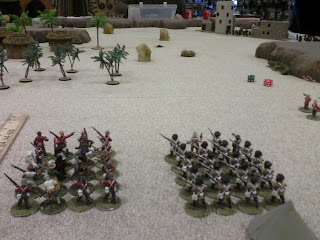 Oh My God!  Is one shot actually in focus?  Be still my heart.....  Here we have a 25mm "Colonial Adventures" game, the Sikhs and a platoon of the 24th Foot advance into East Africa.  Yep, that's Queen Vicky herself marching with the lads...  She's the one in black. At the height of the action, Queen Vicky crosses swords with a degenerate bunch of slavers! Although hard pressed, the Queen's forces emerged victorious!  Medals all around! 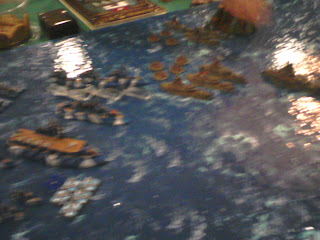 Dystopia Wars and Firestorm Armada were both popular at the show. 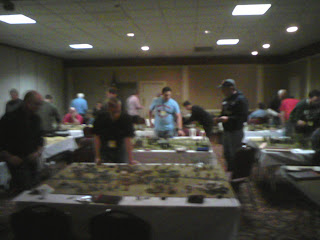 The tournament room, during the 15mm Flames of War contest.  They also had a SAGA tournament. 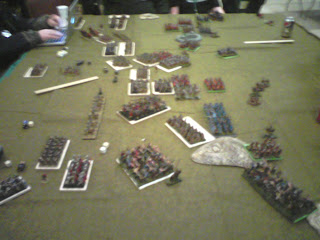 25mm Warhammer Ancients. And lots of them! 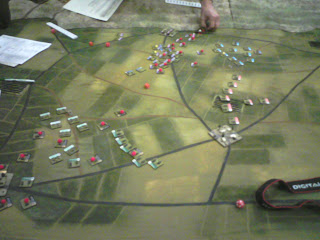 A modern game during one of the many Arab-Israeli wars.  This one is using those new 1/600 figs! 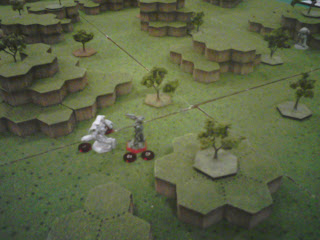 Yet another Battletech game! 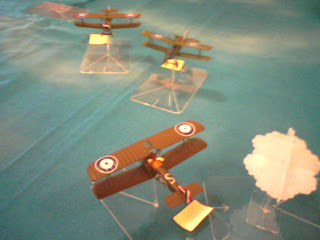 When Wings of War is too small....  convert it over to 1:48 Corgi diecasts!  Your humble correspondent flew his Camel to two victories and even managed to survive the game!  Not an easy feat considering he was being shot at on turn one.
So if you lads are ever in southeast Virginia come on down to the show!  It's only a few minutes from the Yorktown battlefield park.  And Williamsburg must have the record for pancake restaurants.  There are at least 35, including but not limited to IHOP's.  The only thing I don't understand about these cons is where everyone goes Saturday night?  From 150+ gamers at 5pm it drops to 40 at 6pm.  After 6pm there were only about 5-8 games going on. Is there some party to which us uncool kids are not invited?  Does everyone go home to watch Wrasslin?  Is there some stinkape that prowls the city streets after dark? Have the pancake places run out of batter?  I realize these smaller cons have a lot of locals who can be home lickidy split, but surely you can get in another game before midnight!  Next time I come up there I expect you kids to hang out late!  So slather on some skunkape repellent, buy a box of Eggo's, make sure your car's highbeams are working, and tell the wife and kids you'll be home when you damn well please!  There's gaming to be done!!!!!

Posted by Chuckaroobob at 4:00 AM

Hey Chuckaroo, you are going to have to add "Terror of the Skies" to your titles now.