"No Honor Among Thieves" comes too fruition. As Dawn broke a sentry was found dead on the pirate ship Revenge. A quick search and the ships treasure was discovered missing, along with a group of the crew. The remaining crew fractured into different groups but they all agreed there was only one place the renegades could have taken the treasure, Colonial House in the interior of the island. 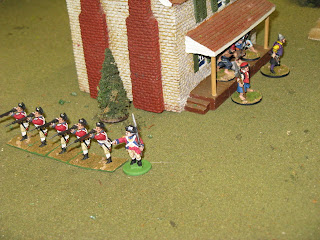 The British regulars drill outside while the renegades stay inside Colonial House. 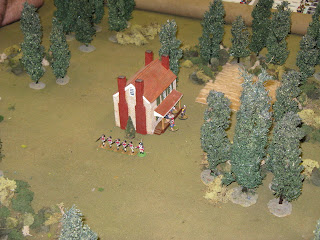 All things appear quite but that will not last. 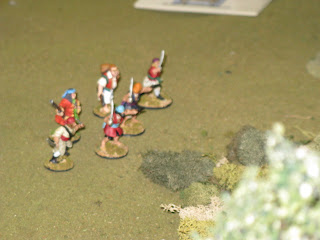 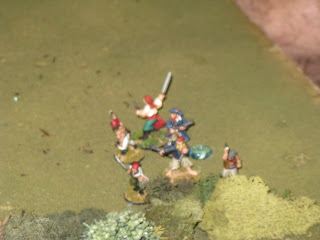 Chuckaroo's pirate band breaks cover and heads toward the house. 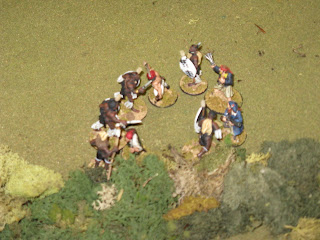 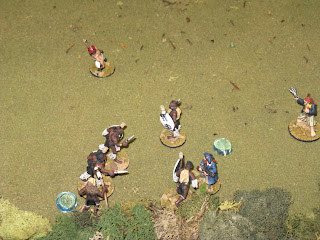 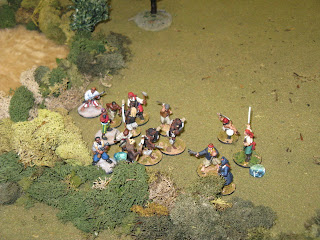 Chuckaroo's party charges into the natives to help out Barry. 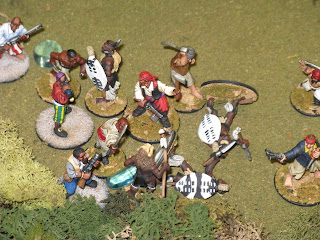 the melee swirls as both side take casualties. 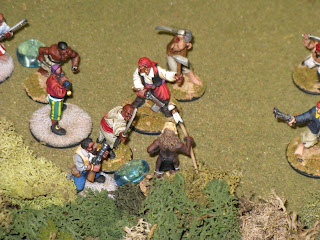 the Native witchdoctor stands alone against the pirates. 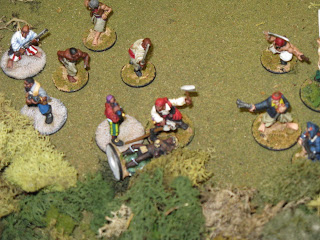 The swift swing of a boarding axe puts an end to the witch doctor. 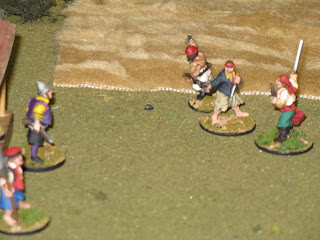 Barry's team moves up to try and talk to the renegades. 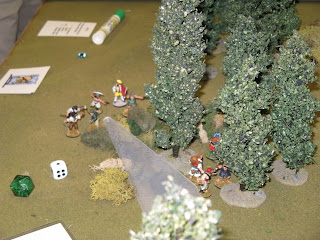 Alex's pirates fire a blunderbuss into the back of Karen's party( yes, that is right we had a woman playing playing a tabletop war game.) 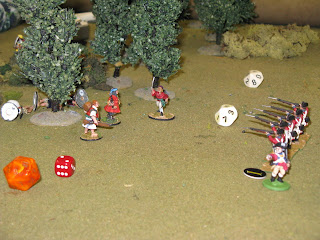 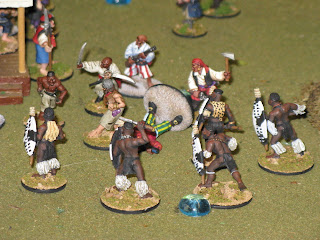 Chuckaroo's band is charged by another band of natives. 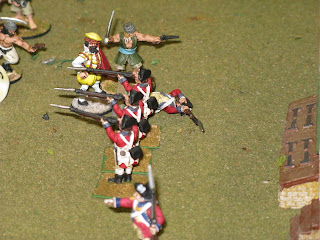 Alex's band charges the British regulars and take one down. 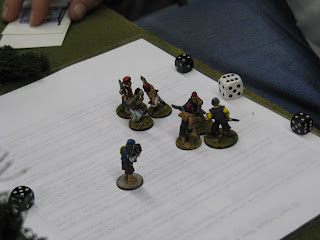 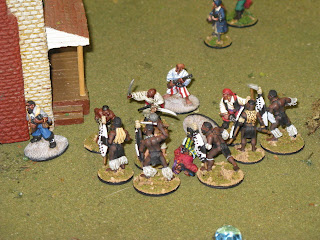 The Swirling melee continues outside Colonial house with a pirate going down. 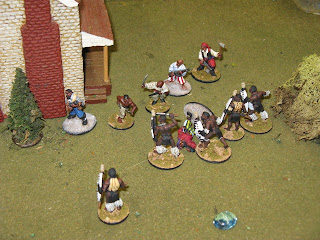 The Native push back the pirates  It looks grim for the Chuckster.

This was a game of Pirates ran for the evening session of the March monthly Catawba Gamers gameday. come back tomorrow for the conclusion of the battle.

Col KG, this battle looked like fun. What rules did you guys use?

hey steven I have sent a message to the guys I played the game with and will find out or get one of them to post up the details of the ruleset we used.

I talked to the gamemaster from the Pirate game and he said the system used was Pieces of Eight. It was a set of free online rules that Tom has heavily modifed for playability. I don't think they are still available.