Another finished figure for my friend Tuna's chaos daemon army. I believe he plans to field him as a Herald of Tzeentch. 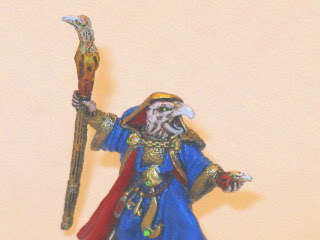 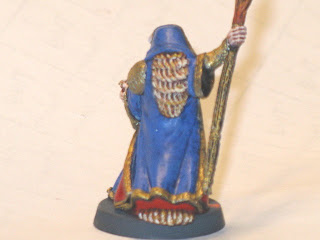 I tried for the flame feather effect like I have done on several of his other models. The picture doesn't really do it justice. I need to break down and build me a proper light box and set up for my camera. 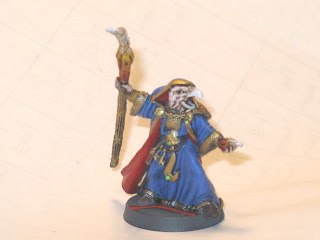 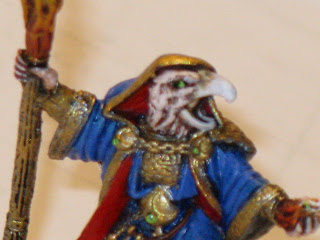 This finishes up the current batch of Tuna's figures but I believe he is already building a pile of imperial guard he wants painted to match his current army.
I have started another project for Chucharoobob. I am cleaning and assembling the metal fittings for his freighter Minos. It is a paper model of a 28mm scale tramp steamer. I believe Chuckaroobob is planning on using it in a Gallipoli WW1 game and for the some Prospector Bob pulpy goodness. I still have to seal all of the pages and paint the fittings before I start the assembly.

Hiya Scott, That's a pretty good looking fig you got there. Tuna oughta be proud to have him leading his army from the front. Or maybe cowering in the rear. He is a magician, after all.

And yes, the Minos is intended for a Gallipoli game at Southern Front (mini con in Raleigh NC Oct 9-11). I've started working on my WW1 Turks for the game. I hope 60 is enough, but somehow I can bet I'll be buying more.

How many Aussies do you have for the game?