The imperials took first turn and concentrated their fire on the reaver titan on the top table. 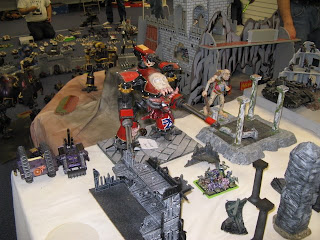 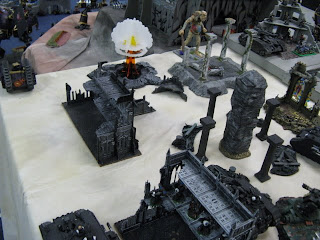 The Reaver After its Apocalyptic explosion. It wiped out a good chunk of chaos forces and even damaged a nearby Baneblade. 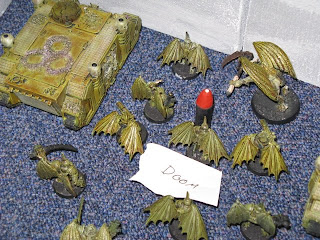 Nurgle raptors doomed by the Eldar and targeted by a thunderhawk bombing run. 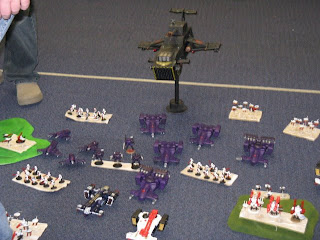 The Thunderhawk after finishing it bombing run 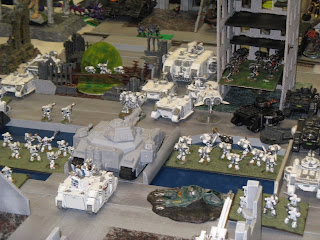 The Imperial Advance on the table 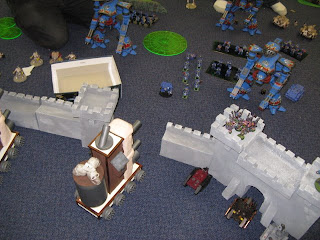 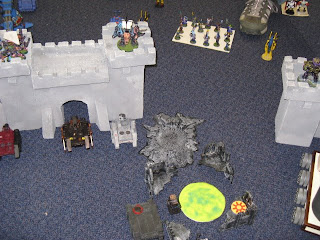 the second walll breached and a vindicator destroyed leaving a crater 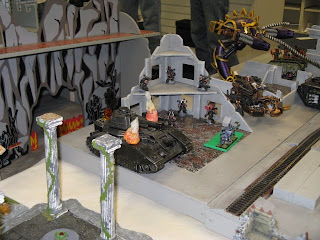 the baneblade damaged by the reavers Explosion destroyed by Imperial fire 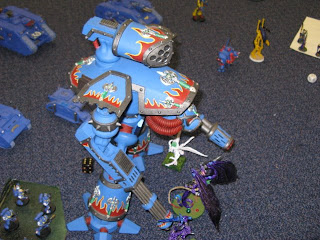 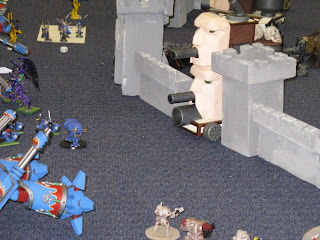 A plaguetower plugs the gap
Posted by ColKillgore at 12:20 PM