On 8Sept12 the Apoc-Eclipse gaming group organized a massive Apocalypse game at the Tech Shop in Raleigh NC. The game was a historical re-fight of the First war for Armageddon with Space Wolves and Grey Knights fighting the World Eaters. So far our game deviated greatly from the historical account, with Angron being banished before the Grey knights arrived to the battle, but I digress. Now the battle comes to its conclusion. 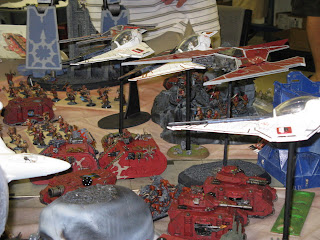 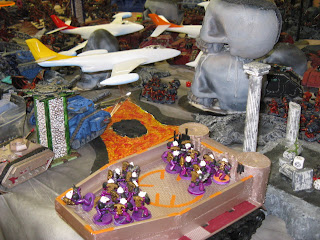 The Imperial rush more troops into the meat grinder. 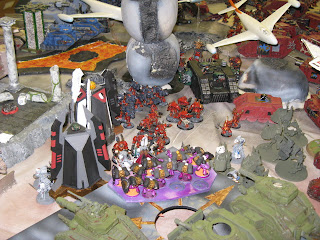 World Eaters and Loyalists fight over the ruined great icon. 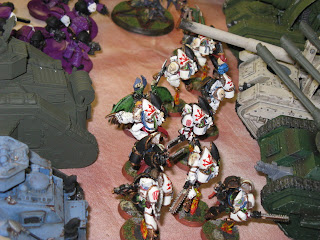 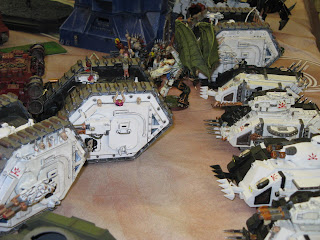 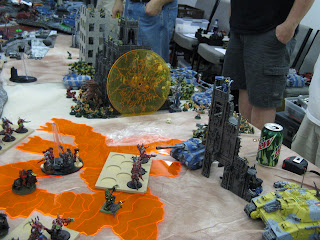 After a imperial super heavy explodes taking casualties from both sides, a lone Khorne Lord of Armageddon  charges at the survivors of a downed Inquisition storm talon in the lava field, but is killed by their over watch fire. None of the Four Khorne lords ever made it into hand to hand combat but they crossed the field in style.. 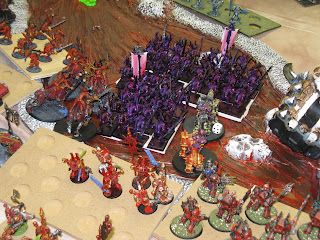 A horde of Bloodletters wade a river of blood. That is what I call an Apocalyptic moment. 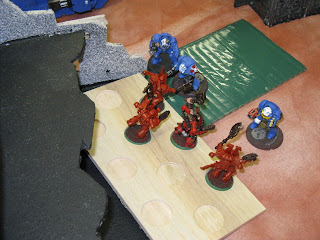 After taking casualties from more Vulcan mega bolters the reduced Chosen squad follow Kharn as he charges into the Imperial terminators. 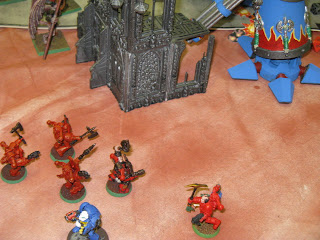 After dispatching the terminators Kharn makes a run for the Imperial Reaver Titan. When the imperials take the last turn Kharn and the chosen fall in a hail of Vulcan Mega Bolter fire. 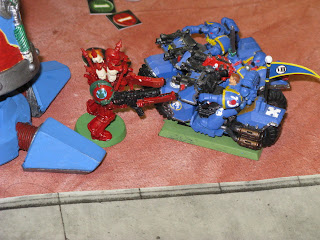 The Lone World Eaters terminator continues to whittle away at the space marine biker squad. 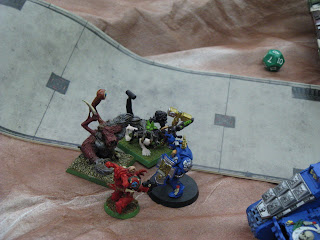 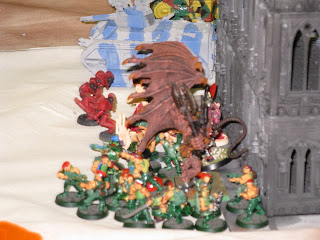 A Blood thirster is swarmed by catachan gaurdsmen blob. 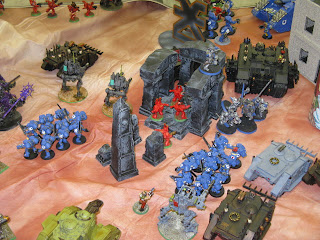 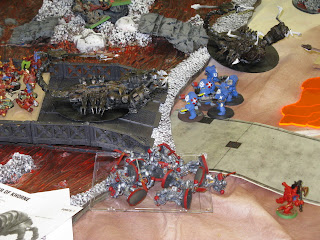 Another unit of grey knights and Imperial terminators drop at the bridge across the Charon, river of blood. the Imperials proceed to shoot the World Eaters off of the bridge and The Reaver titan behind it is half an inch too far to contest the bridge. 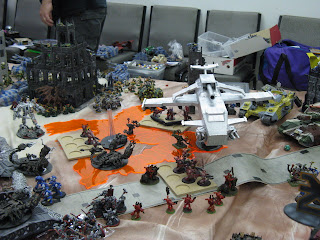 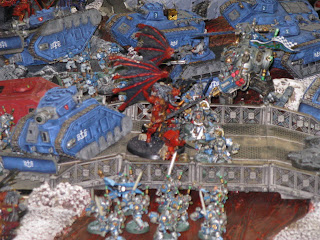 Guard and Grey Knights swarm the Blood thirster but he stands and contests the bridge at games end. 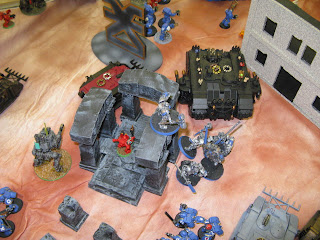 A lone berserker still survives in the temple contesting the Chaos Temple objective.

It was a hell of a game. The points total was in the range of 143,000 points +/-. I really want to thank Matt P. for getting the game together and for all the other players making a great day of gaming. I look forward to the next Apoc-eclipse game I can attend.