I acquired some Citadel Mummies rather cheaply a while back. One was missing a leg that I sculpted back on. The second damaged model was missing an arm. 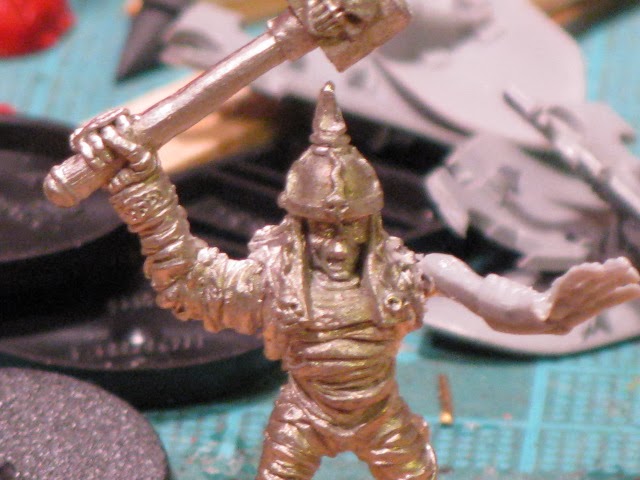 I started with a wire armature but went back and pinned on a zombie arm to be the base. The spread fingers of the zombie arm would look much better than just the bandaged hand I planned with the wire armature. 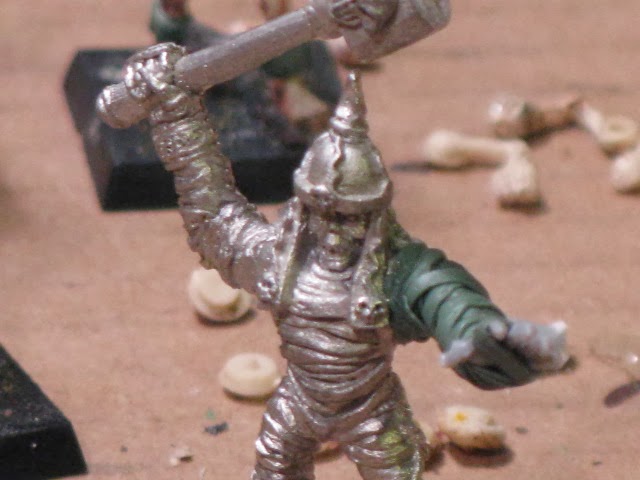 The Mummy after several layers of greenstuff bandages wrapped on.

This gives me six oop Citadel Mummies so far. I want to get at least four more so I can field the max of ten Mummies in an Undead army for Oldhammer. If I can get four more Citadel Mummies cheaply I will, but I already have a WestWind Mummy that is close enough in scale and have looked a the Reaper Bones Mummy 3 pack to round ou the unit.

Thanks. The arm makes the model a little more dynamic for an other wise static pose. I won four more citadel mummies on Evil Bay to round out the unit. I think it will look good once I get it painted.