I have been building up my Undead army for a 3rd edition Warhammer fantasy game against Chuckaroobob. I ran into a problem with the Third edition Undead army list, it limits you to 100 skeleton warriors and only one unit can be armed with spears. I have maxed out the skeleton warriors by fielding a 30 model spearman unit, a 30 model hand weapon and shield unit and two units of 20 with hand weapons and shields. After adding in a unit of Mummies I still need to add in some more troops to make the percentages for the army. I have one unit of skeleton archers I finished last year and the list allows you to have forty of them. The list also allows forty skeletons with crossbows. I thought that some crossbow would add to the army so I went looking for some online. Except for some rather rare and/or pricey Ral Partha and Reaper  skeletons with crossbows there isn't much choice out there. I have plenty of skeletons so I just needed to convert some crossbows. After raiding the bits boxes i came up with a plan. 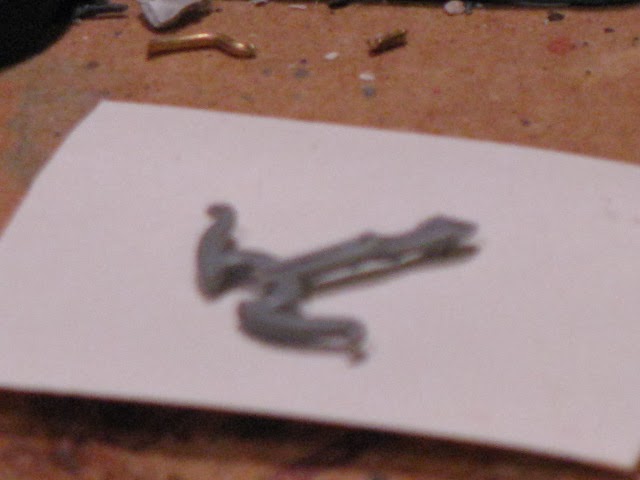 The hard to find bit is the small cross bow from the old Dark Elf warrior sprue. There was one bow for every four warriors on the sprue so anybody with a collection probably has several of them in their bit boxes. 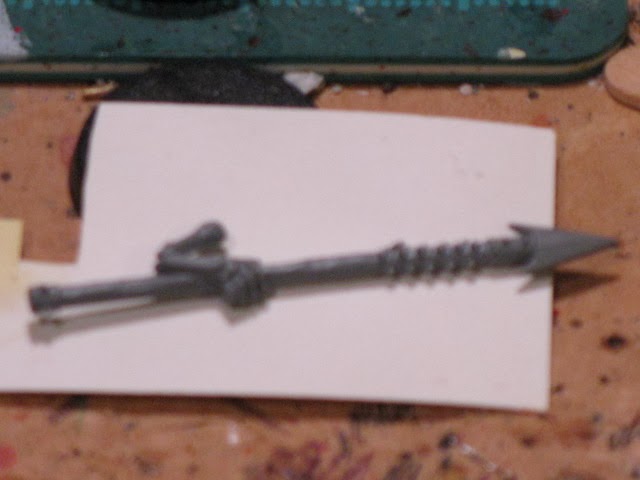 Next is the skeleton spear with the studs. This spear was in the old skeleton box and is still available in the Tomb kings skeleton box. 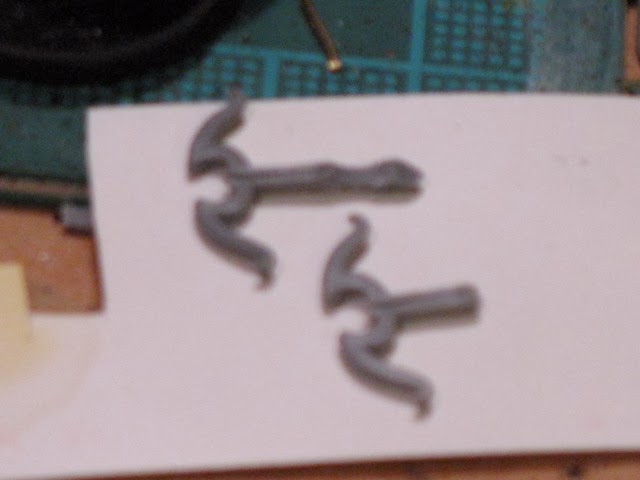 Once you have the parts collected up, cut off the back of the crossbow leaving the rear sight. I used side cutter to get an even cut. 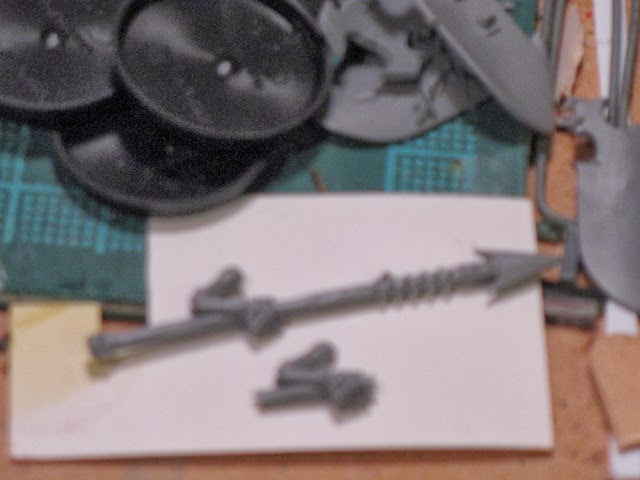 On the spear I cut in front of the hand a couple millimeters and about 5 or 6 millimeters behind the elbow. 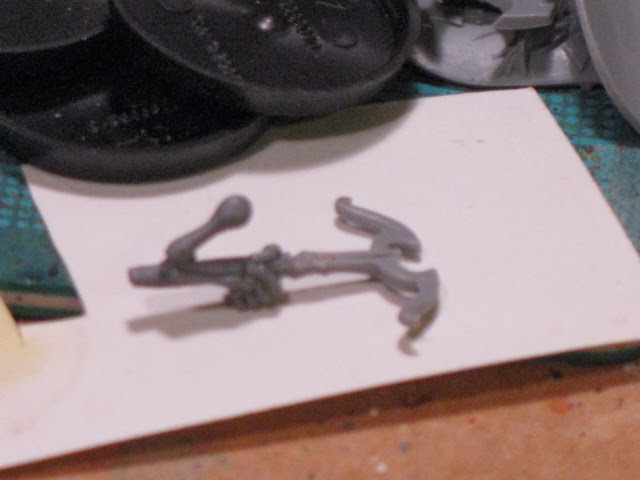 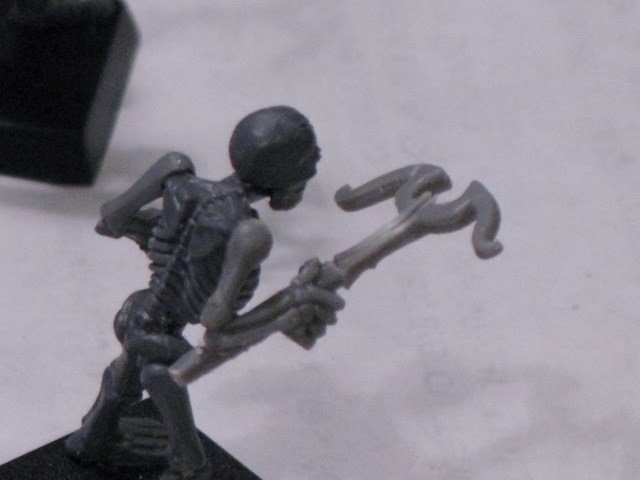 The almost finished product glued on a skeleton. I still need to add a little bit of green stuff where the bow and spear shaft are joined. 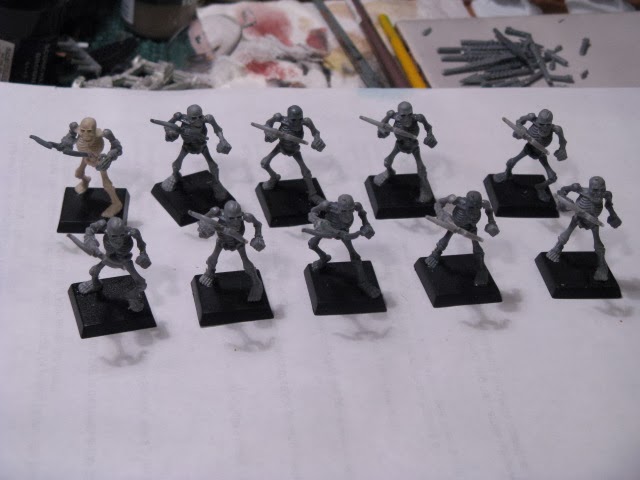 Ten skeletons with crossbows ready for some paint.

I like how they came out and I am debating on whether to add some crossbow quivers to them.  The Third edition  Undead list also allows you to have one unit of crossbow upgraded to arquibuses so after these came out so well I am planning to convert a unit of empire handgunners to zombie handgunners. I thought about trying for the skeleton arquibuses but all the plans I came up with where going to be a lot of work. Instead I think a simple zombie head swap on some handgunners will be good enough and much quicker.

Don't feel constrained by the army lists, I bend and break them all the time to suit me (though obviously only for aesthetic or thematic reasons and never to put my opponent at a disadvantage).

Thanks for the advice. I guess I have become so indoctrinated at not deviating from an army list it is my standard reaction. We don't really have a theme at the moment greater than, lets play a big game with 10k points a side. My buddy Chuckaroo hasn't decided on which army he is going to play. So far my working list is 5800 points troops, 3600 points characters and a 600 point host or over 380 models. I have a good chunk of it already painted and once I finish the rest it is going to be a hell of a game. I am aiming for a date sometime this summer for the big game.

Paul is right the lists in Armies are just a guide for competitive play with 3000 points armies, so feel free to adapt as you may see fit !
Or even better, write a story that explains why the armies are here, what is the reason for the battle, name each character with a silly name and have fun !