With the impending drop of the Blood Angels codex this Saturday and the upcoming 40k league at Gaming Underground, I have decided to bring the Fleashtearers out of retirement. I started this army at the height of the 3rd edition 40k "Rhino Rush". When an Index Astartes article in US White Dwarf 250 Nov2000 had the Fleshtearer rules in it. They were basically even crazier Blood Angels more prone to suffer from the Black Rage.

According to rumours the Honor Guard is a casualty of codex change. I think there is still a command squad option but not one for a jump pack equipped one. Find out tomorrow. 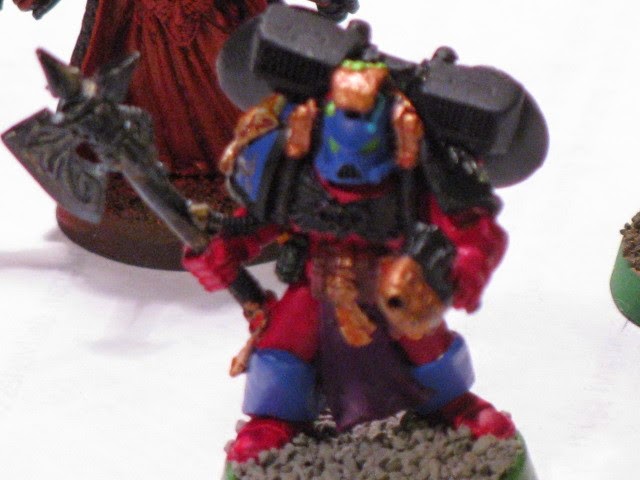 One of my favorite character models a Fleshtearer Librarian. He used to have the quickening psychic ability that gave him a big combat boost. He usually ended up dead but reaped many a skull. 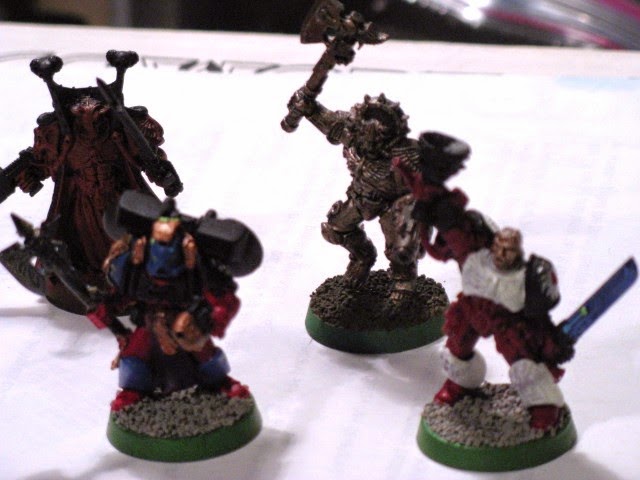 More characters. Mephiston, Dante and Brother Corbulo. I started to revamp the army back in 2010 mainly by repainting these characters to a much better standard. As you can tell only half finished. 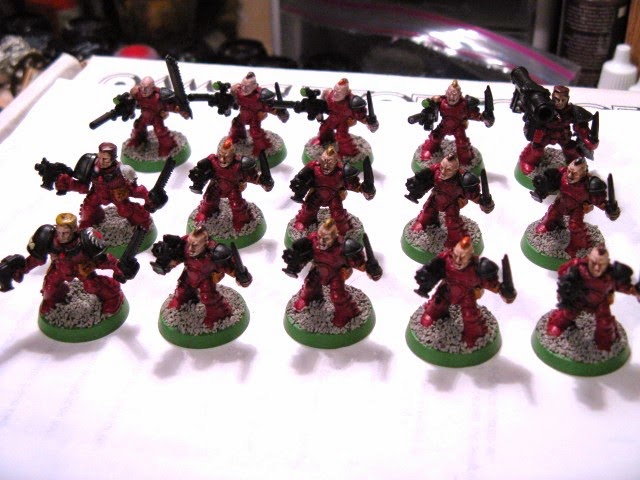 Three Squads of old school scouts, originally from the Advanced Space Crusade game. The back squad I converted to have four sniper rifles and a missile launcher. The front two squads only had the sergeant a Fleshtearer shoulder pad and a newer bolt pistol.
Why three scout squads you ask. Under that edition of the rules you randomly added models to your Death company and the Fleshtearer's had a higher chance than regular Blood Angels, so more squads more chances of Death Company additions.

The beat stick of the army the Death Company lead by a Chaplain with a jump pack. Under the old rules the only way to add a special weapon was for a Sgt to fall to the Dark Rage. To cover the random eventualities I built ten regular DC with bolt pistol and chain sword, five DC with bolt pistols and power swords and four DC with bolt pistols and power fists. I never managed to field all nineteen DC but I did get close a couple times.
The other new unit for the Fleshtearers in that Index Astartes was a Death Company dreadnought and you could take as many of these as you wanted. I have one but it is still secured in the "Closet of Doom" with the other Fleshtearer vehicles.

The Fleashtearer Tactical squads. I made them so I could either field one ten model squad with a special weapon and a lascannon or two five man squads, one with a meltagun the other with a plasma gun. 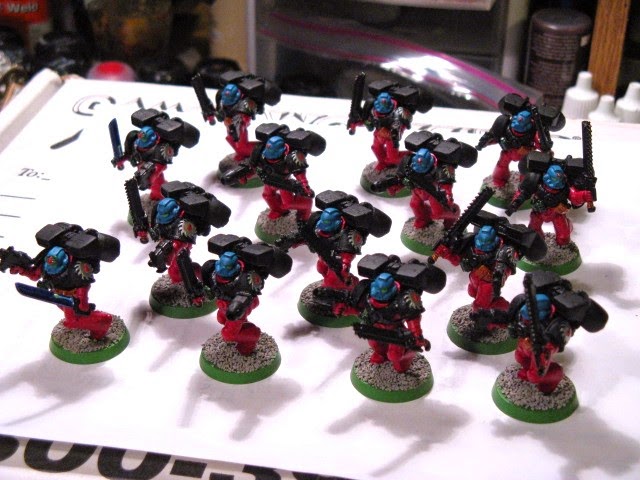 Two seven model Assault squads with two plasma pistols. I liked to field seven model squads. They could take a couple casualties and still have enough power to take down a target. 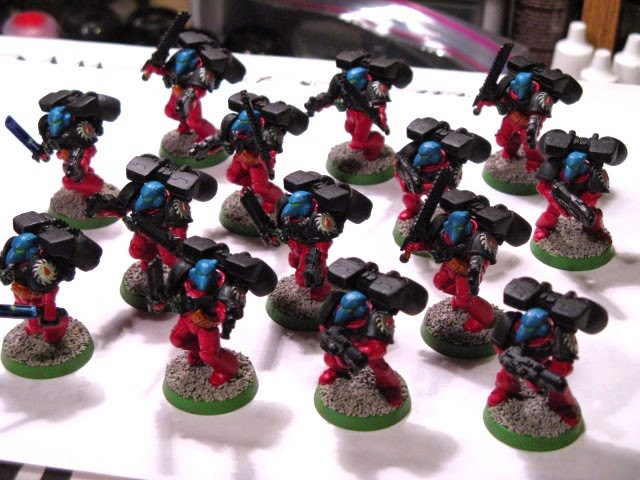 Last, two veteran Assault Squads. Now I guess these would be Vanguard Veteran squads, hopefully they are in the new codex other wise they are going to roll into a third assault squad.

That isn't all of the army a box in the "Closet of Doom" with a rhino, a couple Vindicators, a couple Dreadnoughts and a few Land speeders. Once I dig it out I will post them up.

Now we wait for the Codex to drop tomorrow and then back to the drawing board.

Cool looking force. Love all the classic mini's you got in there.

Thanks. A fourteen year old army about to hit the table again.

Even crazier than Blood Angels? Death Company? As many dreads as you want?
Eye-yi-yi... Put Down The Crack Pipe!

What are you talking about "Crack"? Frenzon dispenser, the only way to go.