I may be jumping the gun but I decided that I will probably want to field one or two of the fast Razorback tanks when I put the Fleshtearers back on the table. I acquired a couple Razorbacks a while back in a trade and one had a twin las cannon turret. The turret had been broken and glued back together so it didn't elevate. I popped off one las cannon and raided the styrene collection. 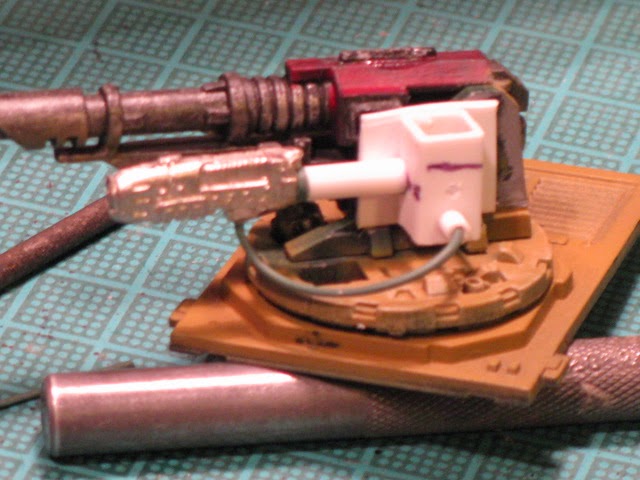 I trimmed down a piece of styrene sheet and glued it to the center pylon of the turret. I added the 1/4 inch piece of square styrene to be the center column of the twin linked plasmaguns. I trimmed down a regular plasma gun and drilled it for a pin in the back and in the bottom to add the greenstuff cable. I ran a wire out the back of the gun and used some greenstuff and a section of 1//8 inch styrene tube to be the connector arm. I drilled two holes in the square tube front for the pins to go in and two holes in the side for the cables to go in. I took a piece of 2.5mm styrene rod and drilled it out to use as the connector for the greenstuff cable. 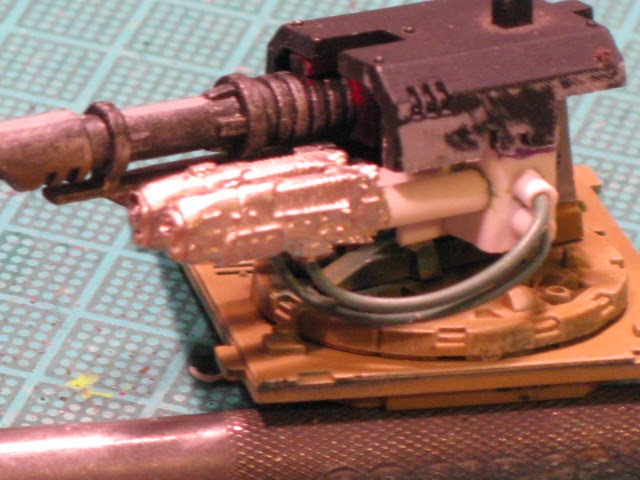 The second plasma gun added on. I took a tip from another blogger and whenever i have left over green stuff I have started rolling it into thin cables to use for a project just like this. 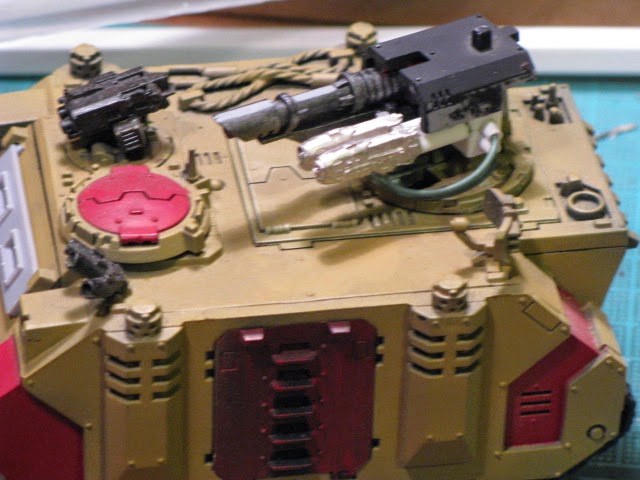 The turret mounted up. 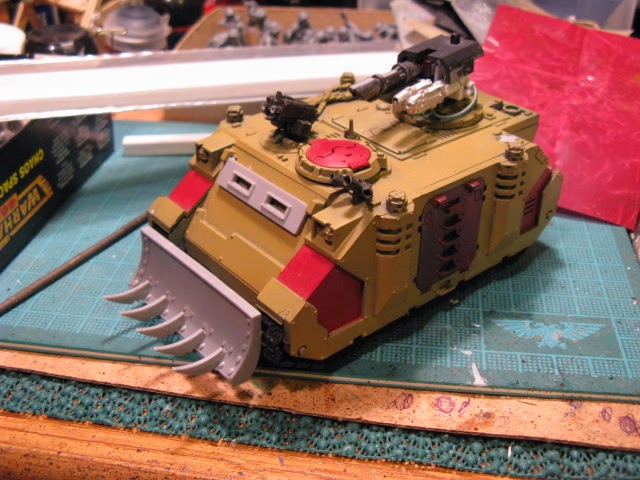 Razorback with old style dozer blade added. It was about this time that I realized that the cover on the turret was on backwards. I had yet to glue it on because I wanted to paint the styrene parts, so it worked out. 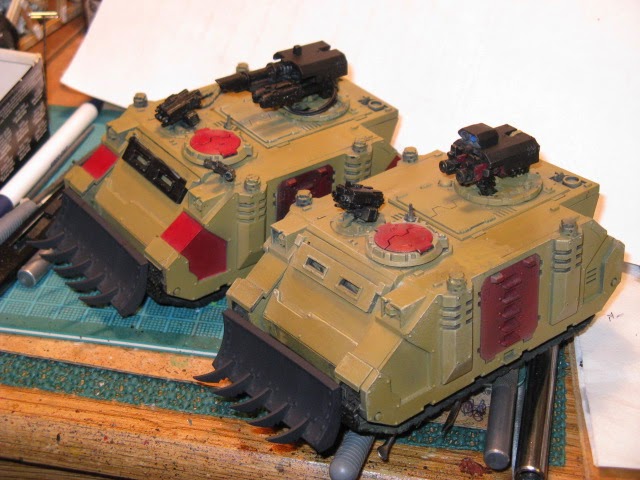 The second Razorback had a twin heavy bolter turret. I decided to leave it until I play a couple games. I did add an old style dozer blade and did a few touch ups on the paint to both of them. They don't really have a Fleshtearer paint scheme but they are good enough for the table. After I get a few games played and decide if the Razorback have a place in the Fleshtearers I will give them a more appropriate paint scheme.

Posted by ColKillgore at 9:30 PM

There were some imperial heavy weps in those tubs you picked up! More weapons, more better!

I still need to sort them all out.