On 10December11 I headed back over to the Cage in High Point for the GameOnGw Gamesday. The plan was to get in some 40k and play a game of the Warhammer Historical Napoleonics rules Waterloo run by Chuckaroobob. 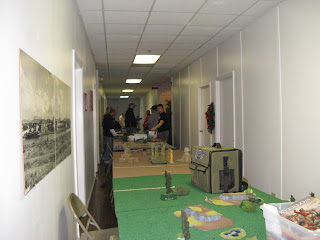 The one big change was we were able to game in the front of the factory, where there is heat. Much better than last year. Here is the gaming hall. We had to do some shuffling when somebody came down the hall but better that and heat than plenty of room to game and cold. 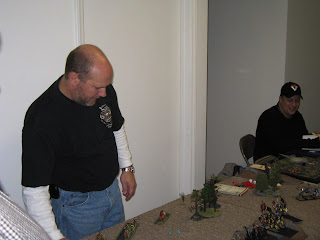 This is Bobby A the organizer of the event. every body brought two or more can goods to be donated to the local food bank. 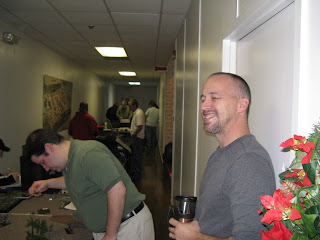 Another picture of the mythical Sasquatch better known as Todd A 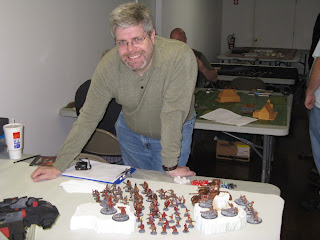 Sons of Taurus with his traitor guard ready for a local league game. Check out his blog here Sons Of Taurus 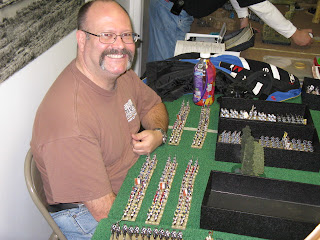 ChuckarooBob, rockin' the 'stashe while he lines up his French, reading to face the Prussians. 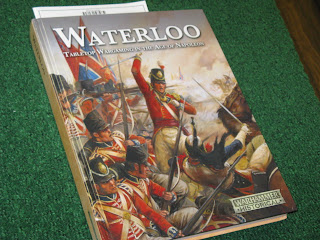 The rules for the game Waterloo by Warhammer Historical. 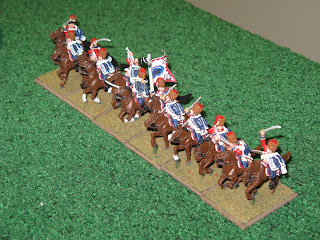 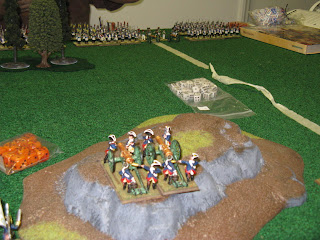 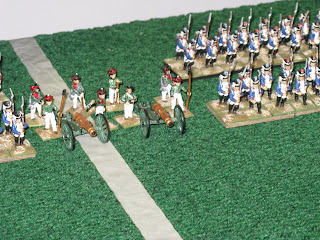 The French guns on the french left. 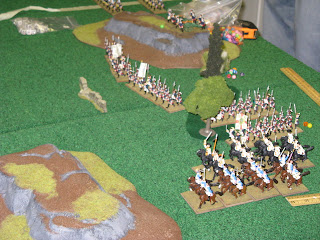 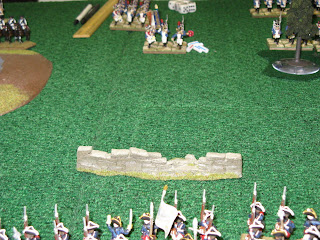 The initial volley from the Prussian decimates a French regiment. 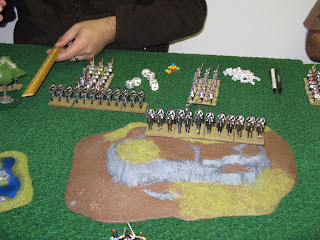 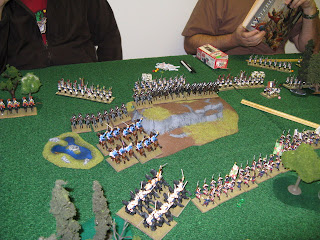 The French occupy the heights in front of the Prussians. 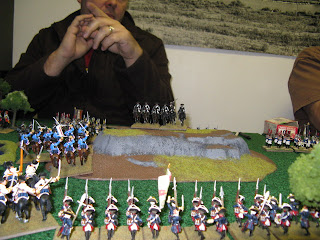 Fire from the Prussian whittle down the French. 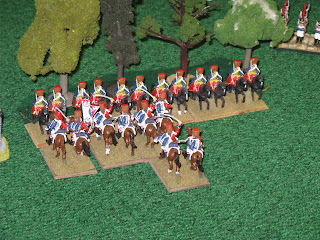 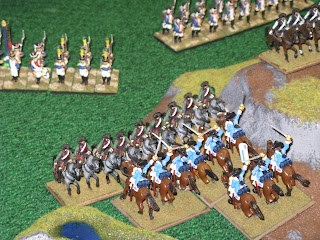 Prussian and French Dragoons engage on the heights. 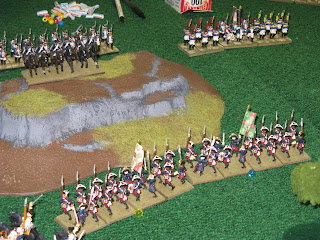 The Prussians prepare to receive the charge from the French Cavalry. 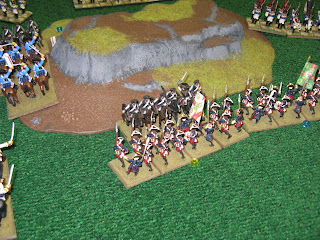 Prussians fail their leadership test and cannot fire at the incoming chargers. 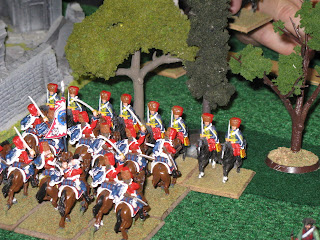 Prussian and French cavalry fight in the woods. 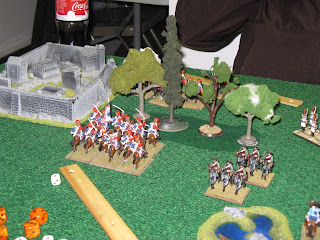 Combat continues on the French right. 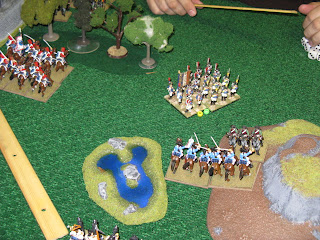 The French infantry form square and await the results of the two cavalry engagements. 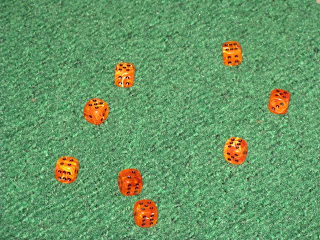 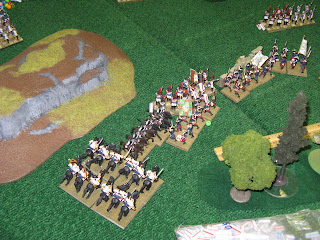 The Prussian Infantry ,after surviving the first round of combat against the French cavalry and line Infantry, are assisted by the Prussian Dragoons charging into the French Cavalry flank. 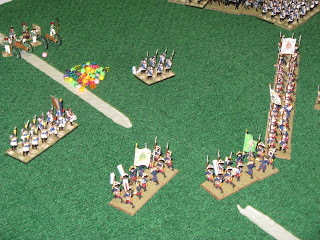 On the Prussian right the Prussian Infantry form battle line and advance into the French guns despite casualties. 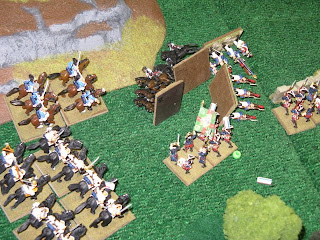 The French are Destroyed in the Prussian center, the line holds.

We called the game soon after this. The French were out numbered and on the defensive so we called it a Prussian Victory.
The Players were Bryan and Chuckaroo playing the French while John B had the Prussian cavalry, I had the Prussian center and Paul controled the Prussian right. I enjoyed the game and like the rule set. Some of the players had minor problems with certain mechanics but I think everyone had a good time. A disclaimer, it was the first time any of us had played the rule set and we left out some of the special rules but I think adding them in will make the game better.

The GameOnGw games day was a success from my point of view. I played a good game and managed to pick up some cool swag from the flea market.

I look forward to the one next year.

Napoleonics make me happy. I should try to go up the cage sometime this summer...

Certainly seemed like a fun game, I feel a little left out though I didn't get a portrait shot, I am in the first shot. I'm the giant in the ball-cap. Ha ha ha, I hope the GameOn group can put together some more events in the coming year, this one was a lot of fun. Merry Christmas!

@Chris, such is the fickle fate of Fame. Next time I will have to get more pictures of people but some it seemed were afraid of their pictures being on the internet for some reason.

Merry Christmas everybody! And YES, we have to do more Nappies! Nappies are good for you! Nappies make you strong like bull! Next time I want to use full size units (36 fig) to try to figure out just how much more stuff I have to field to get an army together.