Welcome to the next Episode of the ongoing Pulp Chronicle.

In their hideout beside the ominously named Bloody Creek, Chestnut Skunk and his minions plot their next nefarious caper. 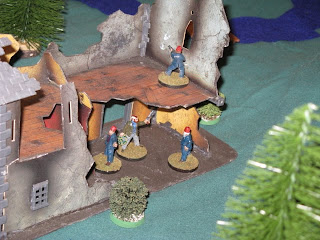 While Chestnut and the anarchists Vito and Ishmal plan downstairs, Yoseph keeps watch with his deadly Thompson sub-machine gun. In the distance an engine roars as it speeds down the road toward Chestnut's hide out. 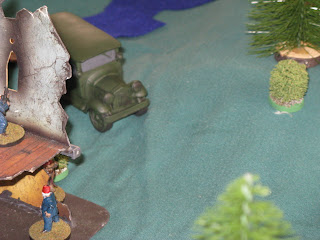 The Truck speeds up to the Hide out. 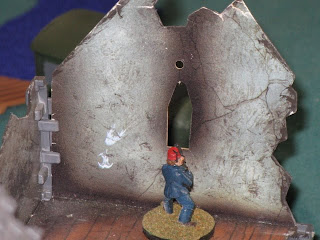 Yoseph recognizes it as The Border Police and opens fire with his Tommy gun. He tries to shoot out their tires but misses because of their speed. 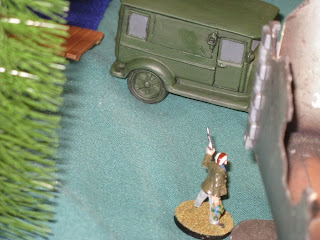 Warned by Yoseph Chestnut steps out of the building and tosses a grenade under the truck. 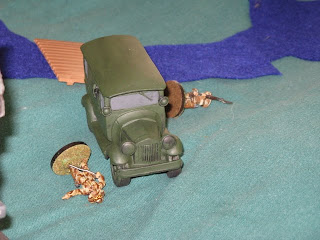 The grenade goes off blowing the tires. Booker and Joe Friday both jump from the truck and injure themselves. 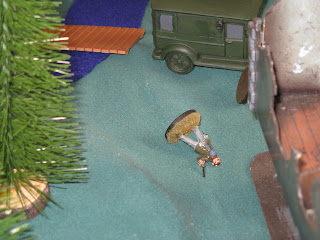 The grenade got the tires on the truck but Chestnut also hit him self in the legs with shrapnel. 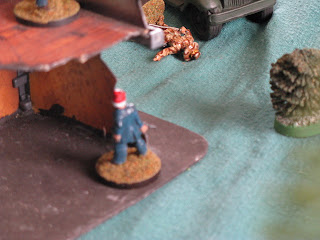 Ishmal leans out and shoots Booker in the knee. 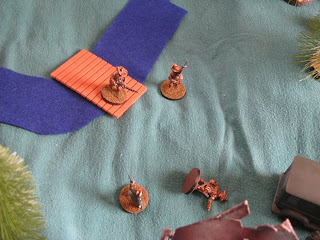 Kowalski Hops out of the back of the truck and lands uninjured, while Degreas'e power brakes the truck and prevents it from wrecking. Chestnut stands up and dares the Border police to try and take him. Kowalski then shoots him in both legs with his Tommy gun. 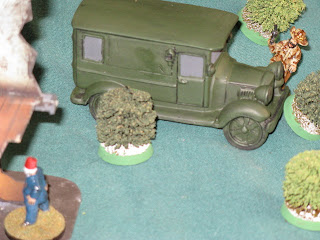 Degreas'e gets out of the truck and using it as cover fires at Ishmal. Ishmal ignores Degreas'e and continues to pump bullets into Booker. 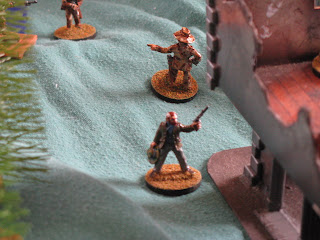 Booker gets up and heads for cover while Chestnut does the same in the opposite direction. 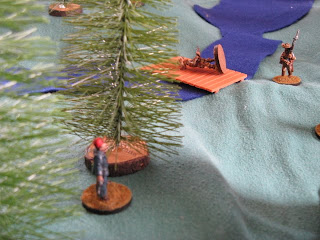 Vito hides in the woods and manages to knock Kowalski down. 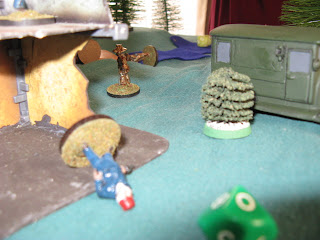 Booker gets a deadly hit on Ishmal with his shotgun. As Ishmal's life blood leaks out he promises " My sons will continue the struggle". 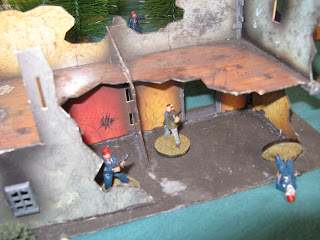 After taking a shotgun blast to the chest Yoseph decides somebody needs to start up the bus and flees from his sniper perch upstairs. Staggering on his bullet ridden legs, chestnut moves back into the building. 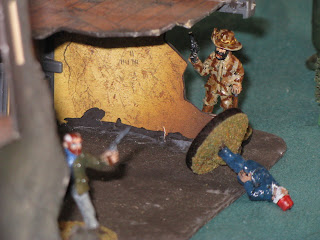 Degreas'e moves up to get a clearer shot on the running criminals. He aims carefully with his pistol, fires and hits Chestnut in the chest. Chestnut's bullet proof vest stops the bullet. He turns on Degreas'e and throws another grenade. 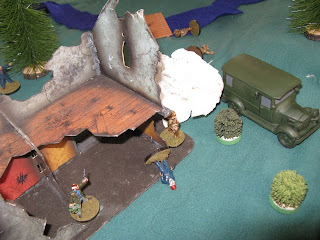 The grenade goes over Degreas'e and blows up between him and Booker. The blast knocks Booker unconscious and severely wounds Degreas'e. 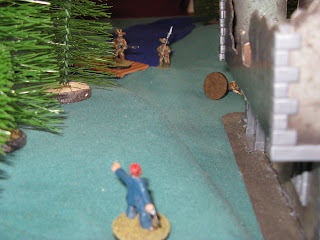 After taking hits on both arms and being unable to return fire Vito runs for the bus. Hopefully he has learned a lesson about taking his pistol up against a Tommy gun. 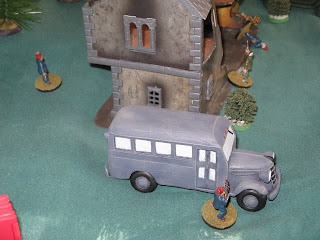 The criminals converge on the bus. While the horribly wounded Border Policemen try to care for their own. 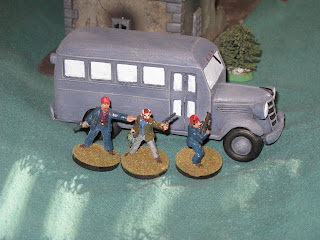 Chestnut and his badly wounded minions get into the bus and flee deeper into the hills.
Once again Chestnut Skunk has eluded his pursuers, but this time the Border Police put down one of his minions permanently. After managing to return to base the Border Police raid anybody they think might have any information that will lead to Chestnut Skunk. Days pass as the Border Police tear up the countryside Chestnut's trail growing cold. Then a Break, a stevedore rounded up in a bordello raid, tells them he saw Chestnut board a tramp freighter. He didn't remember the name of the ship but he knew where it was going,
KNEECAP ISLAND.
This was a game of 45 Adventure played by Chuckaroo and me. It was a hell of a game. I played Chestnut and Chuck played his trusty Border Police. Chuck had me on the run but one grenade toss by Chestnut turned the game on its head. It was the first time we have played and somebody used explosives. Chestnut's first grenade toss hitting him self made me cautious about using them but after Degreas'e put a pill in Chestnut's vest and Booker was just around the corner with his shotgun a grenade was Chestnut's best bet.
Another first was the game was played at a much closer range than we normally play. This made it a much more dangerous game with everybody in short range and getting a plus to hit.
I can't wait for the next game.
Posted by ColKillgore at 9:09 PM

Hiya Scott, You know, the East Transnestria Border Police ALWAYS Get Their Man! Unless they sneak across the border, of course. I had almost forgotten about that mist-shrouded isle: Kneecap Island! Sounds like a place that might just have some whooly mammoths! Or Blood Monkeys! Joe Booker has filed out the paperwork to stock up on bug spray and sunscreen, and you know what that means! C'ya, Charles