I went down to Parker, Banner, Kent and Wayne, a gaming shop in Cornelius, North Carolina last Saturday to play in the Catawba Gamers hosted game. It was an American Civil War game using 15mm figures and the Fire and Fury Rules. The scenario was based on the Battle for Atlanta. We started the day with eleven players but had guys drop out as the day went on.
It was the first Civil War game I had played in quite a few years. When given the choice I chose to be a Confederate player. Because of the scenario rules half of the Confederates started off board and would come on as reinforcements later in the game. I chose to be a reserve player so I could watch a couple turns and get a feel for the game before I had to start making decisions. 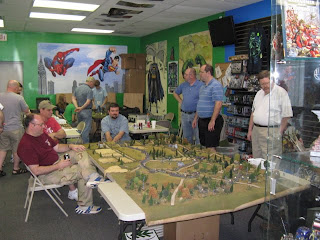 Here are some of the Lads before the game. 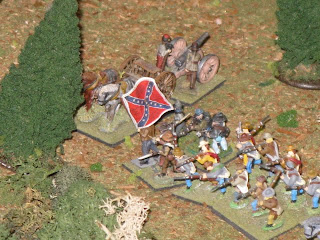 A shot of the Confederates setting up. 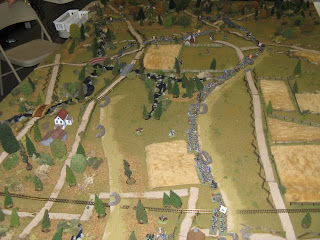 An overview of the table showing the Union Lines running up the field and turning back to the left. 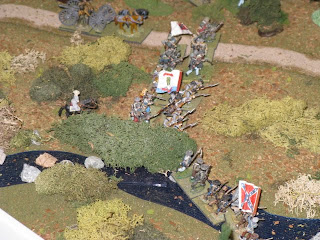 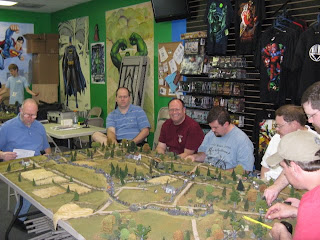 The Union Players from L to R Joe, Jody, Chuckaroo and John B. 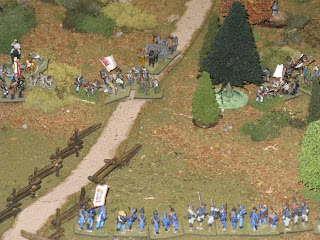 The Union troops Leave their trenches and advance to meet the Confederates. 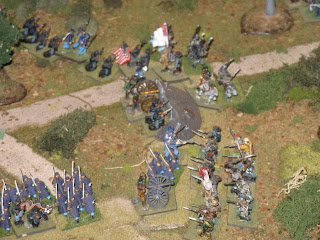 Confederates Assault the Union still in the trenches. Unknown to the Confederate players, their reinforcements would only arrive after the Union left a gap in their lines from pulling out troops to support the flank attack. or several turns had passed. Luckily, the Union players pulled out the troops. 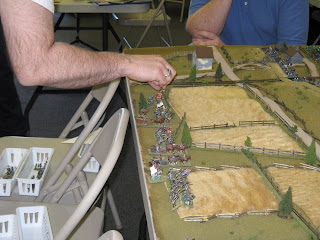 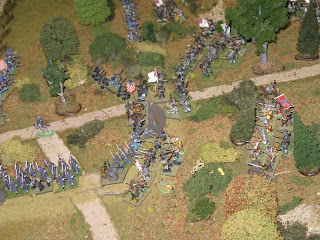 Several Confederate brigades continue the attack on the Right Flank while one falls back to reorganize. 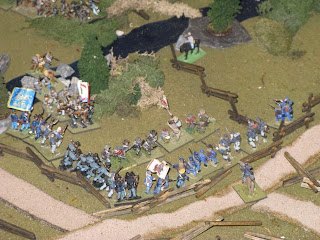 Union and Confederate Brigades charge and counter charge in a massive combat. 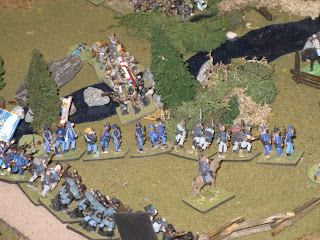 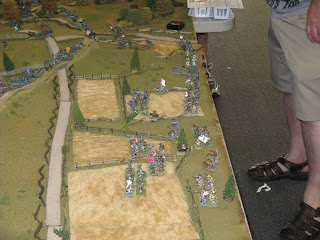 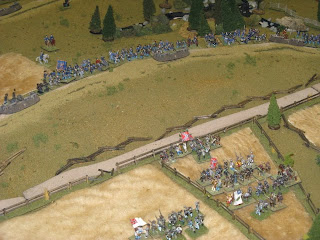 The lead Confederate brigades are disordered while the rear brigades oblique forward to get clear of them. 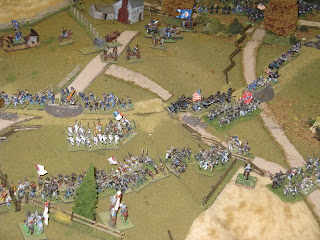 The Confederate Brigades mass to assault the Union trenches. 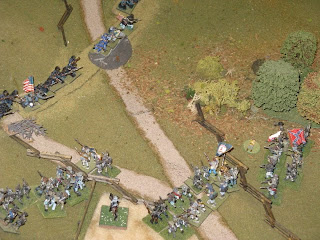 A bunch of bad dice rolls later the Confederate assault is repulsed. 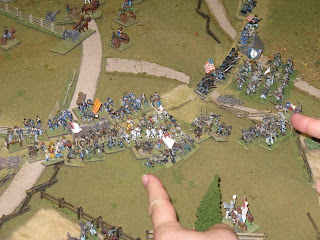 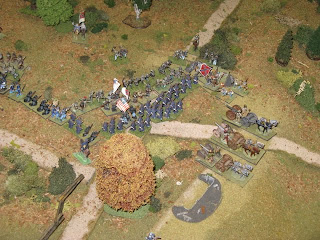 On the right flank a Union Brigade breaks and flees. 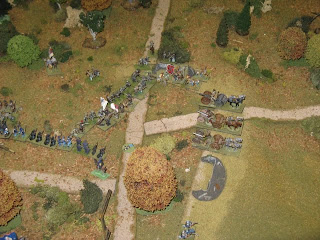 Right into the limbered guns and is destroyed. 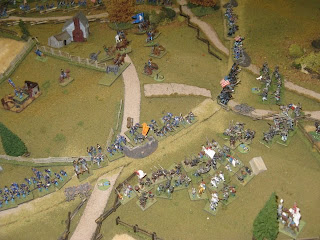 The Confederate attack is repulsed again, and is the last Hurrah. 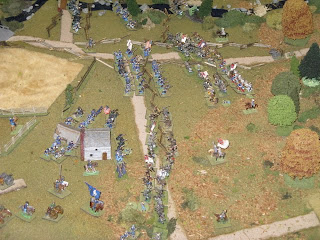 End game on the right flank. the Confederates are pushed back and the Union Line holds. 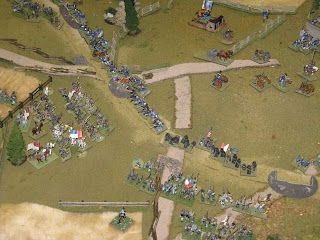 End game on the left flank. Even though we managed to concentrate the Confederate brigades to assault the trenches and ended up almost even on the dice rolls, their dice were just hotter. When you roll a four and they roll a ten you can't win.
I had a great time and look forward to the next game.
Posted by ColKillgore at 9:16 PM